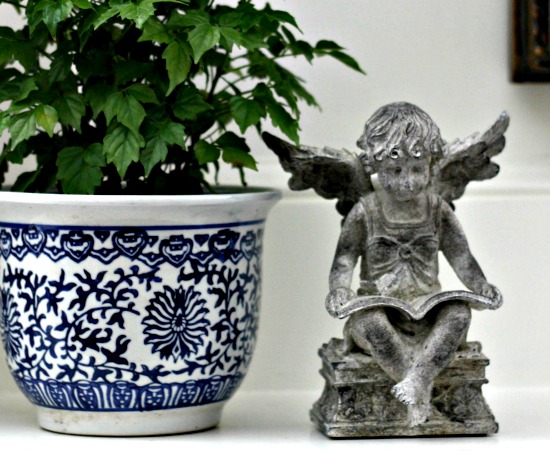 I’ve been immersed in all things books lately. For starters, I’ve taken advantage of two of the many author events that Kansas City’s great independent book store, Rainy Day Books, puts on each year.

Last month, Lindsey and I went to hear Jen Lancaster talk about her new book I Regret Nothing (review below) at a RDB event. 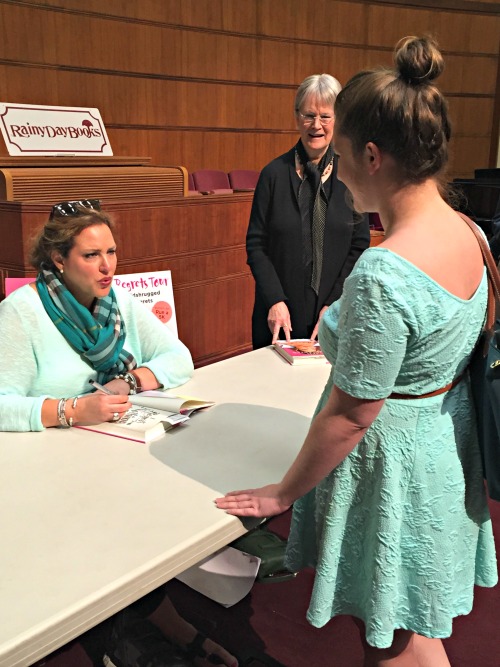 And last week, as an early Father’s Day present for Tom, I took him to hear Joe Posnanski talk about his lastest book, The Secret of Golf: The Story of Tom Watson and Jack Nicklaus. (By the way, The Secret of Golf would make a great Father’s Day present for the golfer or sports fan in your life. I read the first chapter while waiting for the event to start and I want to read the rest of the book after Tom is done with it.) 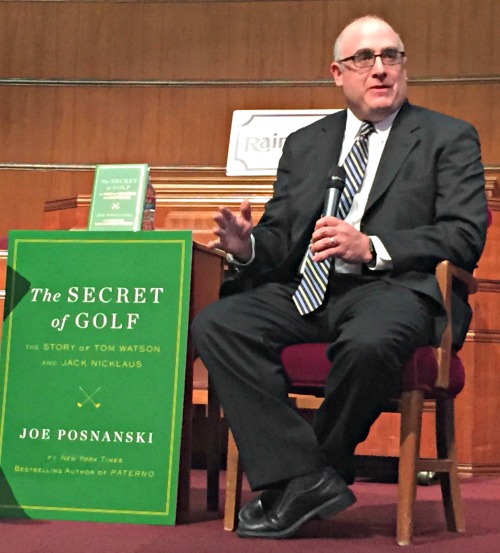 Finally, not to leave Grant out, he and I went to the Plaza branch of the Kansas City Public Libary to hear the author of The Country Club District of Kansas City talk about her book. Grant has an interest in urban planning as a career so he especially wanted to hear this, and I’m happy to go to anything held in a libarary.

I didn’t take any pictures at that talk, but did stop long enough to snap this pic of the Plaza dressed up for the Dragon Boat Festival. 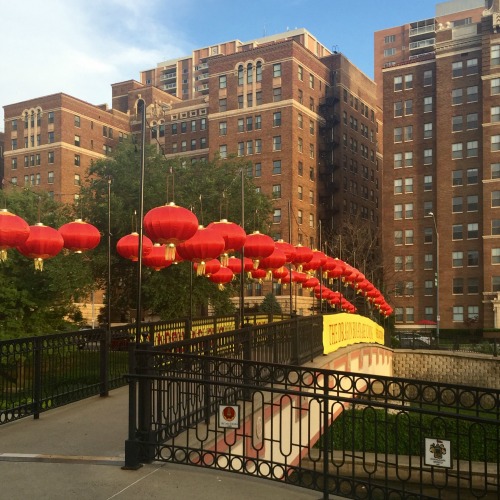 It hasn’t been all author talks though; I’ve had my nose in a book (or a Kindle) quite a bit lately too. Here are some short reviews of what I’ve been reading. I’m linking up with Quick Lit at Modern Mrs. Darcy, so be sure to check out that post if you’d like to read reviews by other bloggers.

Searching for Sunday: Loving, Leaving and Finding the Church by Rachel Held Evans

This is Evans’ memoir about a recognizable struggle: being a faith-filled person who has conflicting emotions about organized religion. Evans’ story resonated with me, party because her religious background feels similar to my own: she grew up Evangelical and is now more or less Episcopalian; I grew up Southern Baptist (with a little Methodist thrown in) and then married a Catholic and subsequently converted. What I especially appreciated about this book, which is organized around the sacraments, is that it doesn’t come to a tidy, over-simplified conclusion. I was grateful simply to be let in on someone else’s journey, which in turn shed some light on my own.

All it took for me to know I wanted to read this book was the title. Books? Romance? Jane Austen? I’m in. There are actually two storylines in this book (one part romance/part mystery and the other more historical fiction) that are told in alternating chapters. The modern day storyline is light and felt like chicklit (not a bad thing as far as I’m concerned) and the Jane Austen storyline is touching and interesting, especially if you’re an Austen fan. The alternating chapter style of writing tends to annoy me (just when I’m getting into one story I’m dragged back to the other), but I still found the book enjoyable and sidenote: the cover is beautiful.

I Regret Nothing: A Memoir by Jen Lancaster

Jen’s a humor writer and this, her latest, is her take on bucket lists. I’ve read almost all of Jen’s memoirs, going back to the original Bitter is the New Black, and this is one of my favorites. I feel like we’ve gotten to watch Jen mature a bit through her books. The edge to the humor in her previous memoirs sometimes made me cringe (while simultaneously making me laugh out loud and insist that my family let me read passages to them). Her style now seems softer, while still retaining the snarkiness that she is known for. I like the Jen in I Regret Nothing a lot.

Before I Go to Sleep: A Novel by S.J. Watson

The premise of this book is an enticing one: an amnesiac who can’t form new memories wakes up morning after morning with no idea who or where she is, and quickly senses that something isn’t right. My book club loved this book and so did the reviewers on Amazon. I didn’t. The morning after morning thing felt repetitive to me and the clues to the main character’s life were revealed too slowly. I was curious to see how it would turn out, but I kind of wanted someone to just tell me so I wouldn’t have to keep reading. I seem to be in the minority with my opinion on this one, however.

Belong to Me: A Novel by Marisa de los Santos

This book has been on my shelves for several years. I even started it once before but didn’t get very far for some reason or another. Putting together a to-read shelf, however, inspired me to pick it up again and I’m so glad I did. Here’s the plot summary from the back cover: Cornelia Brown surprised herself when she was gripped by the sudden, inescapable desire to move to the suburbs with her husband. Her mettle is quickly tested by her impeccably dressed, overly judgmental neighbor Piper Truitt—the embodiment of everything Cornelia feared she’d find in suburbia. With Lake, another recent arrival, Cornelia shares a love of literature and old movies—as she forms an instant bond with this warm yet elusive woman and her perceptive, brilliant young son Dev. It sounds like a light read, right? But the storylines are more compelling and the characters more developed than I expected. You really pull for everyone in this book, too, with the possible exception of Lake, who I didn’t feel that we got to know that well. Nonetheless, I liked Belong to Me as much as any book I’ve read in a while.

One other quick note: Elin Hilderbrand, who’s known as the queen of the beach read, has a new book, The Rumor, out tomorrow. Like all of her books, this one is set on Nantucket, where she lives. I’ve read most (all?) of Elin’s previous books and I have this one on pre-order. The Kindle version is on sale for $8.99.

What are you reading this summer? Anything good? I’d love to hear your recommendations.