I had intended to share some pictures with you today of the Christmas my family spent in Rome, and I will do that tomorrow.

But when my husband handed me this column by Cindy Hoedel in The Kansas City Star to read today, I decided to switch it up a bit and share my pictures of Germany from that same trip instead. 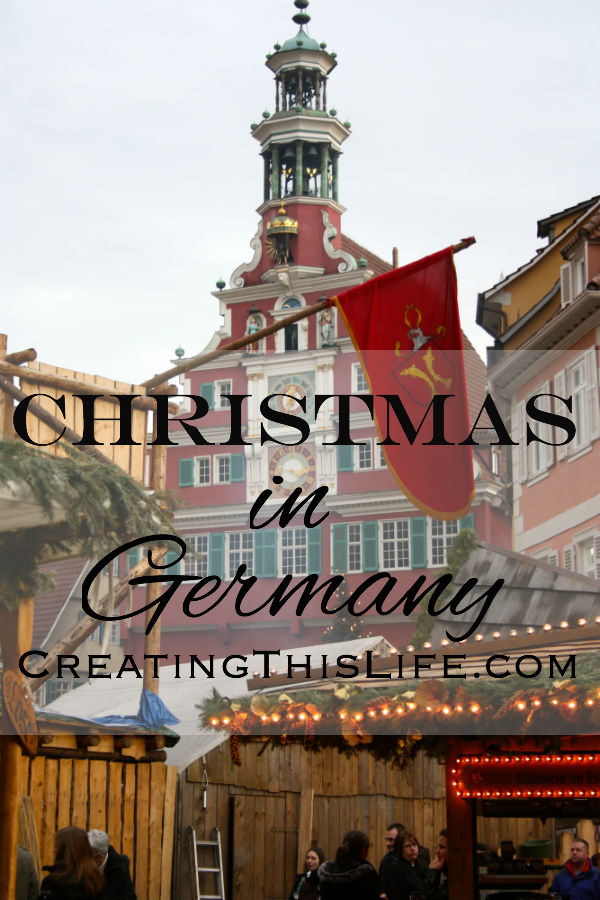 The backstory is that my family of four, along with my parents, visited my sister and her husband in Germany while they were living there. They live in St. Petersburg, FL now, and yes, it’s really hard on us that they keep moving to such awful places to visit.

While they were in Germany they lived in Schwieberdingen, and I loved the understated feel of Christmas there. Here are some pictures I took on a day we spent walking around the village. 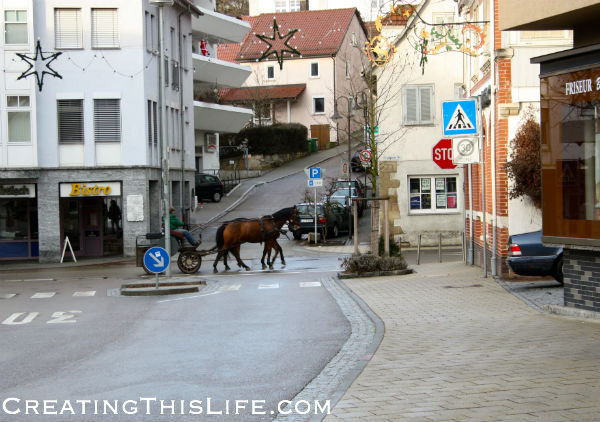 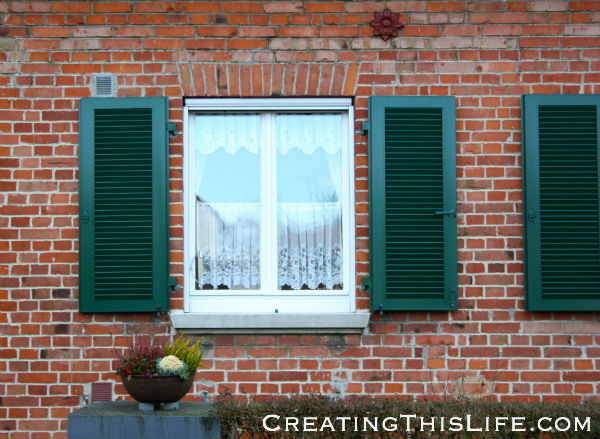 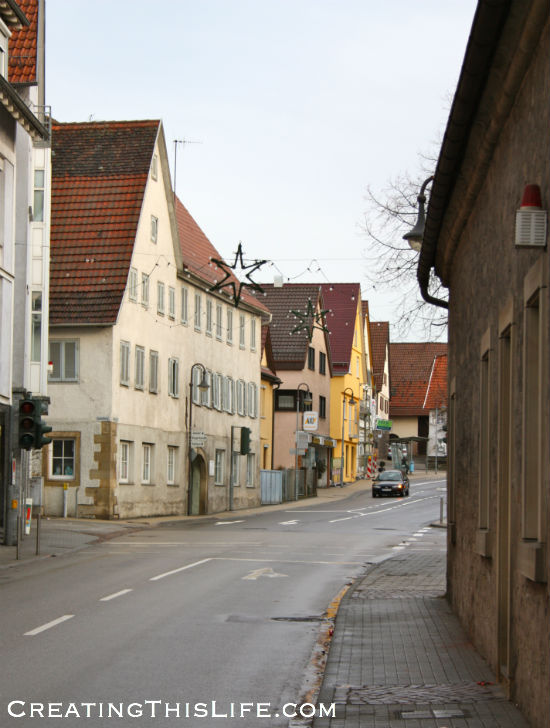 This is a view of my sister’s house from the street. 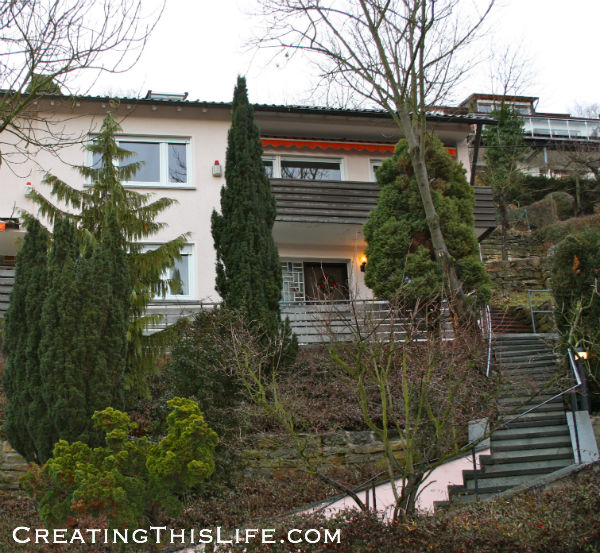 And here are some pictures taken from inside her house after it snowed. 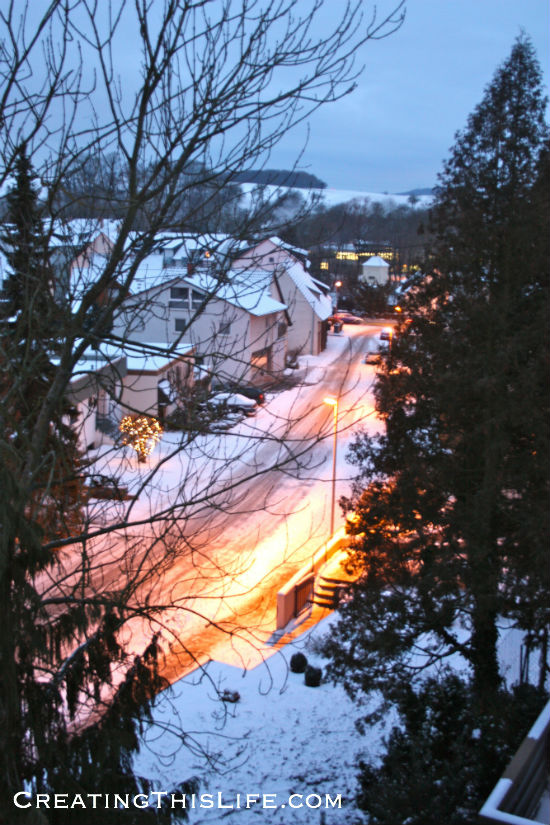 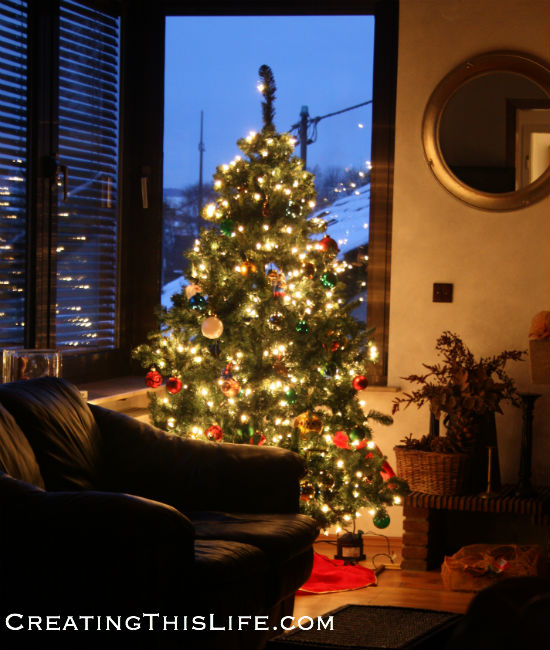 Of course you can hardly be in Germany at Christmastime without going to a Christmas Market. 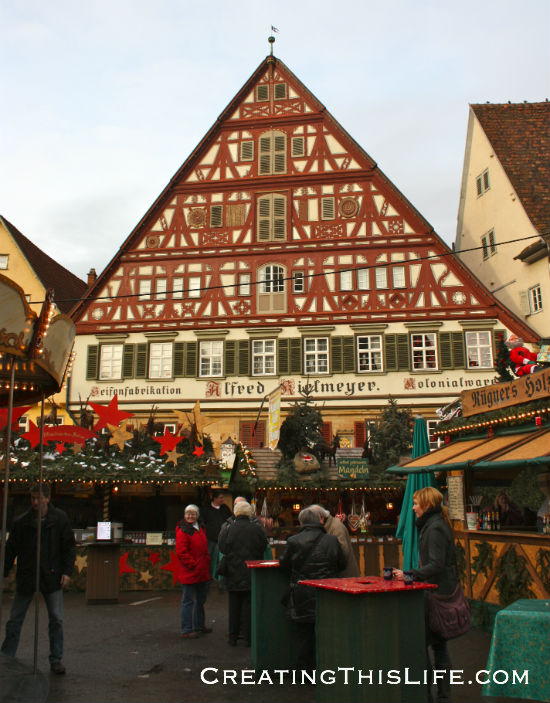 These pictures were taken at a market in the nearby city of Esslingen. Glhuwein, anyone? 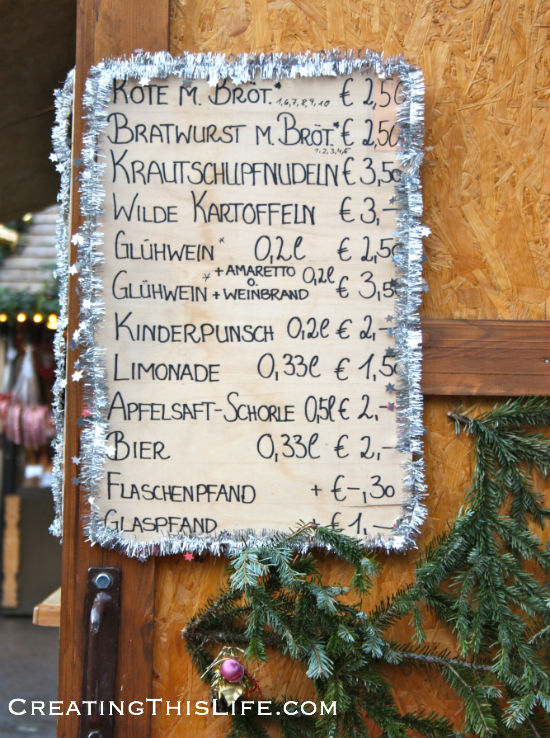 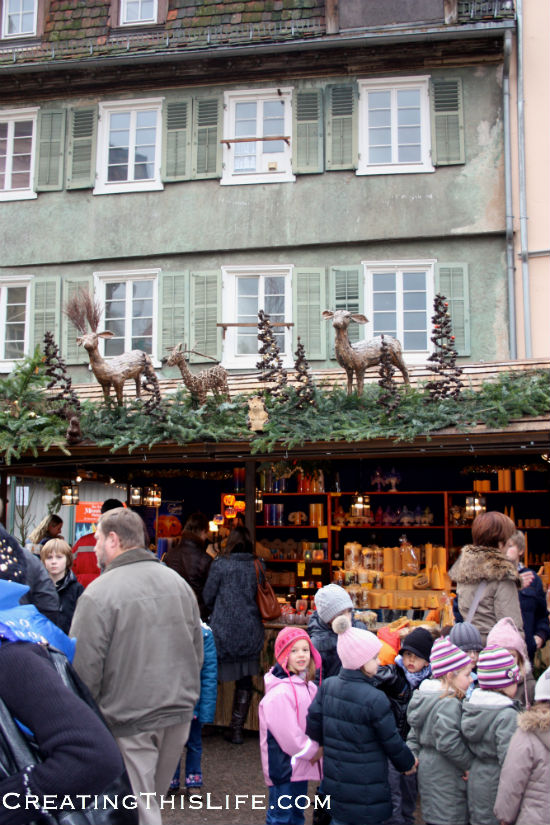 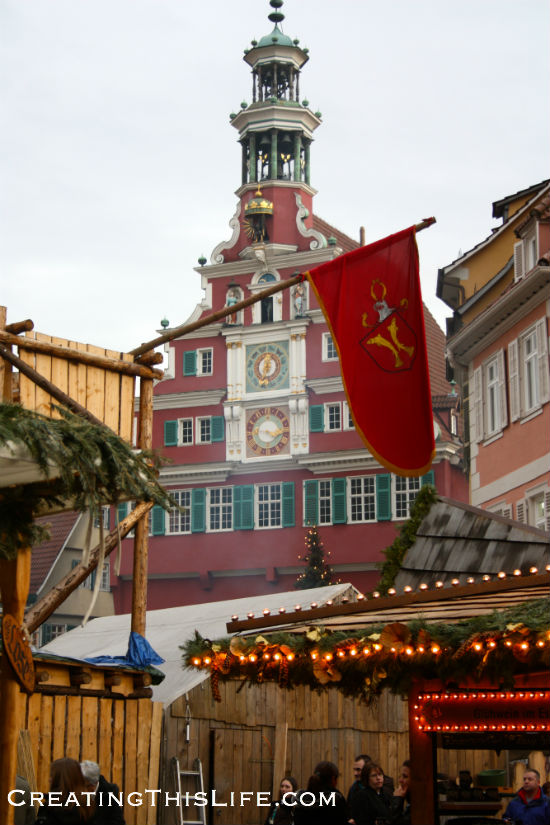 I loved the paved streets here. 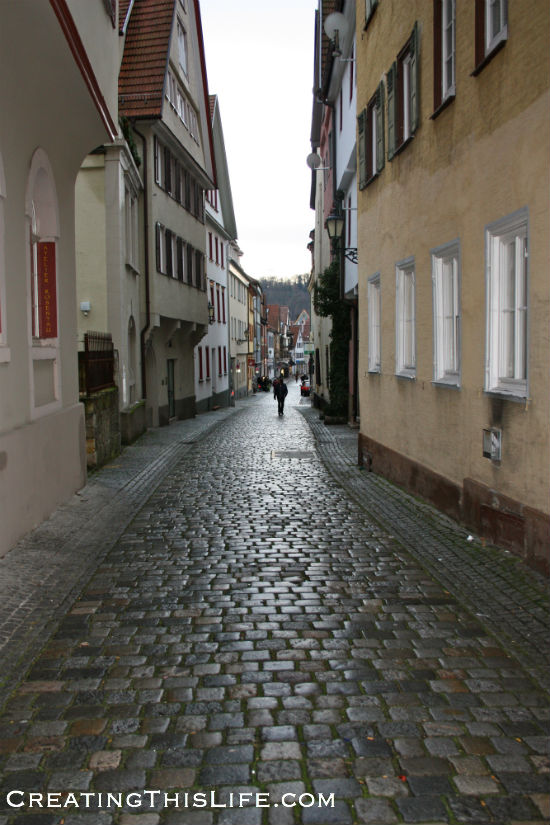 So much so that I had to get a closeup. 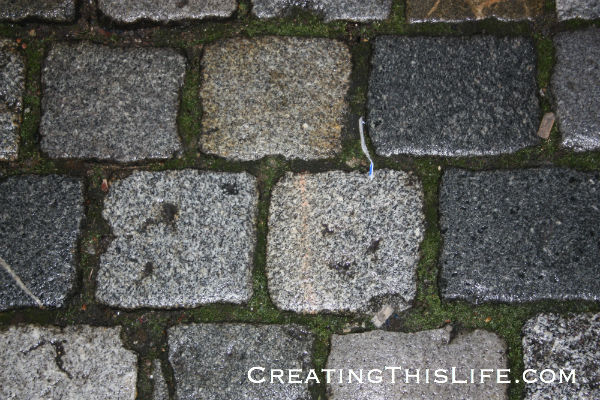 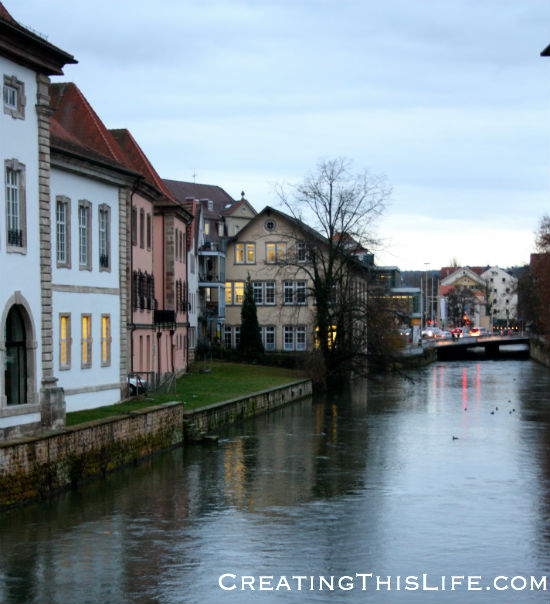 Including this view of a hillside vineyard from the street. 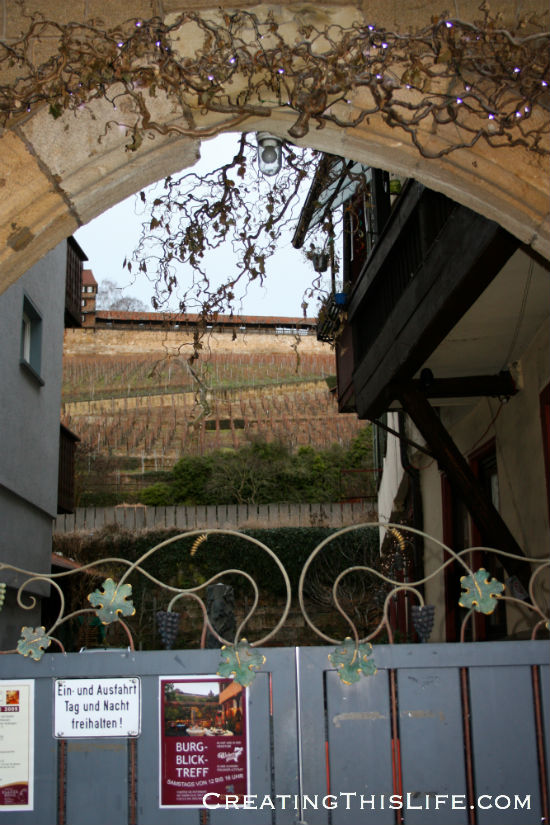 And I think – although I’m not positive – that we saw this church in Stuttgart, while at a Christmas market there. 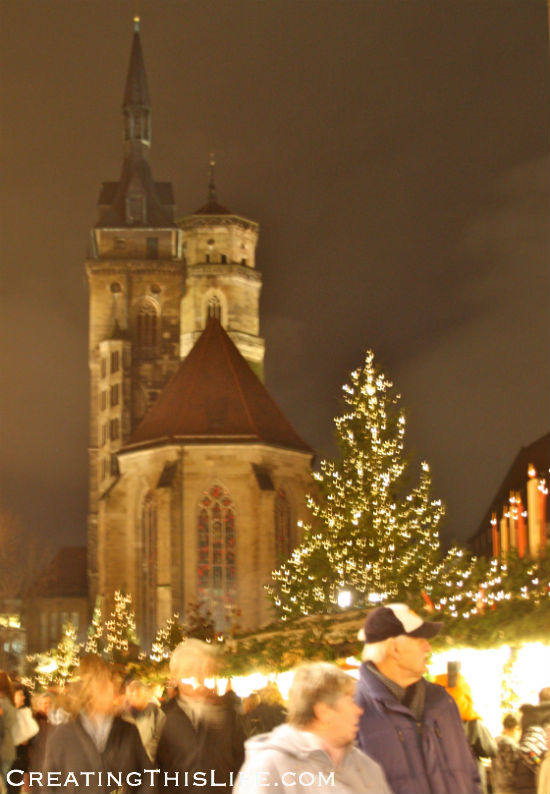 When you’re in Germany at Christmas, it doesn’t feel like you’re celebrating it so much as living it.

This part of the KC Star column helped me to understand why:

The Germans more or less invented Christmas as we celebrate it today. Advent wreaths, Advent calendars, Christmas trees, ornaments, gingerbread houses, fruitcake, hot alcoholic beverages, the yule log and Santa Claus all have roots in Germanic winter solstice celebrations and later efforts by the Catholic Church and Martin Luther to Christianize those pagan symbols and rites.

You can read the rest of the column here.

And I’ll be back tomorrow with the Rome pictures.

Have a wonderful Sunday.