Fall is my favorite season. I know that puts me in a lot of good company.

Although recently I found out my dad doesn’t like fall. He finds it kind of melancholy.

I feel like I don’t even know him anymore. 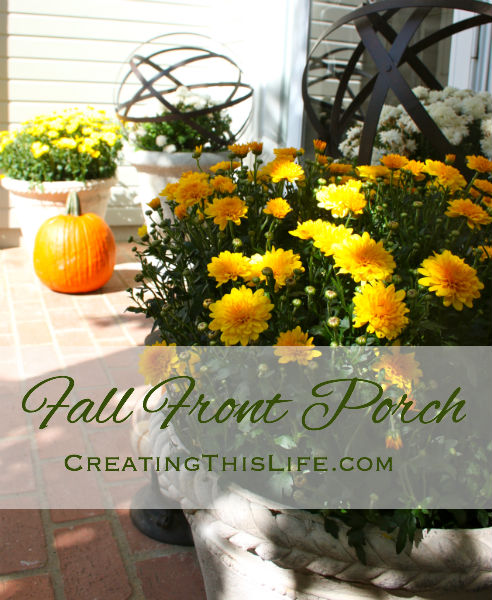 One of the best parts of fall is that you can buy a little piece of it every time you go to the grocery store.

Although it does make shopping for actual food a little tricky with all that fall-ness in your cart.

And that’s before you even put the pumpkins in. The pumpkins…so many pumpkins. 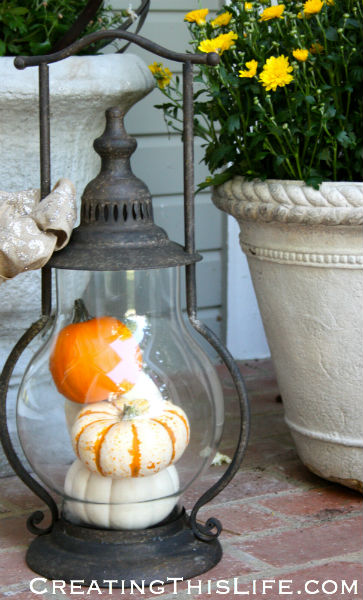 Remember when your only option at the grocery store was the round, bright orange pumpkin? The kind that you carved into a jack-o-lantern?

That was such a simple time.

Now there are so many to choose among. White pumpkins, blue pumpkins, mottled pumpkins, striped pumpkins, warty pumpkins (this is where I start to feel like the Bubba Gump of pumpkins). And they’re all for sale at the same place where you buy your Cheerios.

And see that tiny orange pumpkin in the picture above? My grocery store calls that an apprentice pumpkin. Who knew pumpkins had assistants? 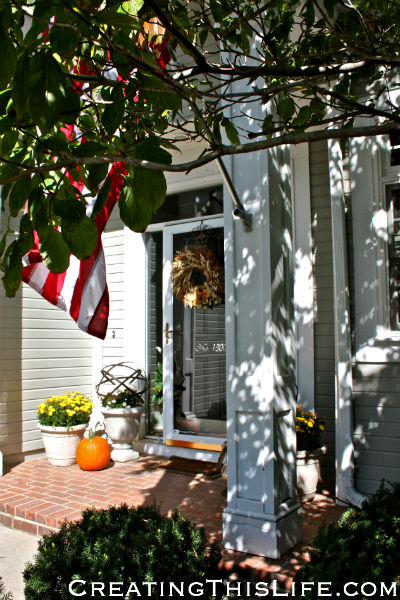 This year I had decided I would go with a flat, white ghost pumpkin and a deep orange Cinderella pumpkin to go with it. I was determined to find one of each, in just the right size and shape, so I could stack them.

Clearly I had given this a lot of thought. 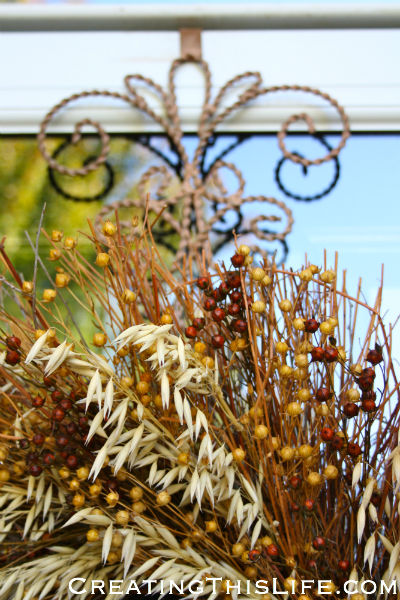 So there I was, outside the grocery store like a crazy lady, trying to pick two pumpkins that would stack well, when the pile of traditional round, carving pumpkins caught my eye.

And just like that I left my pumpkin stacking and put one of those old, familiar pumpkins in my cart. 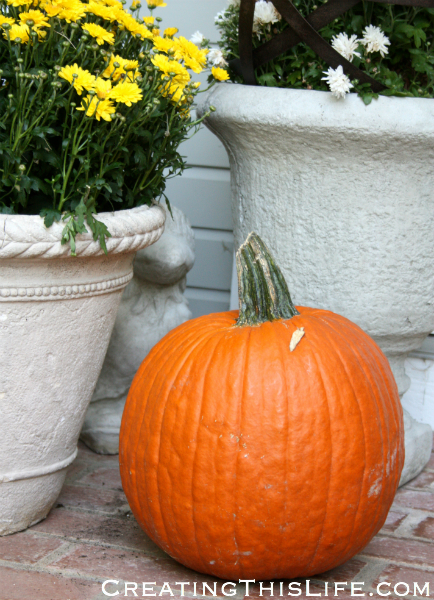 It felt almost like the retro choice among all the new varieties.

And no stacking required.

This post is part of Outdoor and Door Decor Party and Inspired Sunday.