I mentioned last week that we were throwing a bridal shower for my niece. She wanted a shower with a vintage theme, which was a charming idea. 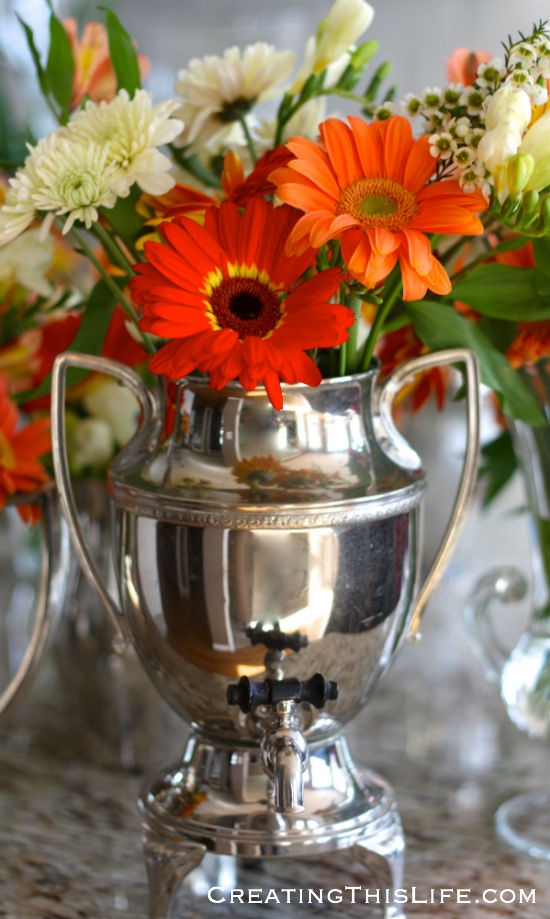 We rounded up as many silver pitchers and clear vases as we could and filled them with Gerbera daisies, white mums, and freesia. 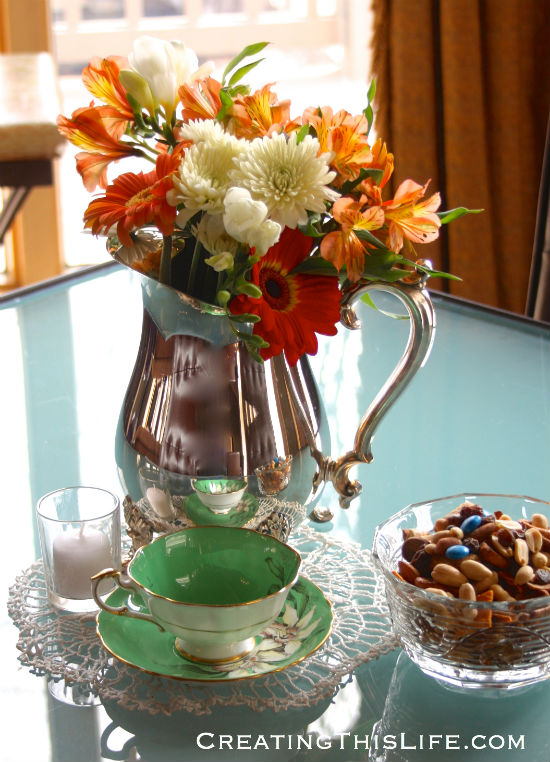 We paired the flowers with vintage teacups. 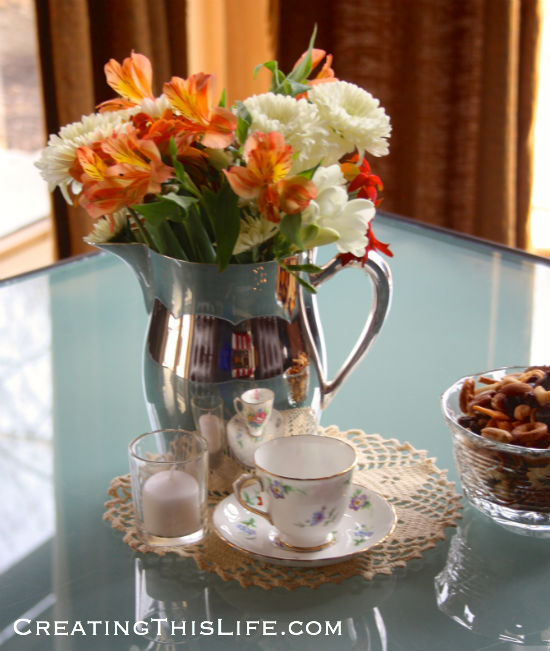 The teacups used to belonged to my mother-in-law, but she recently gave one to each of her grandkids. They worked perfectly for this theme. 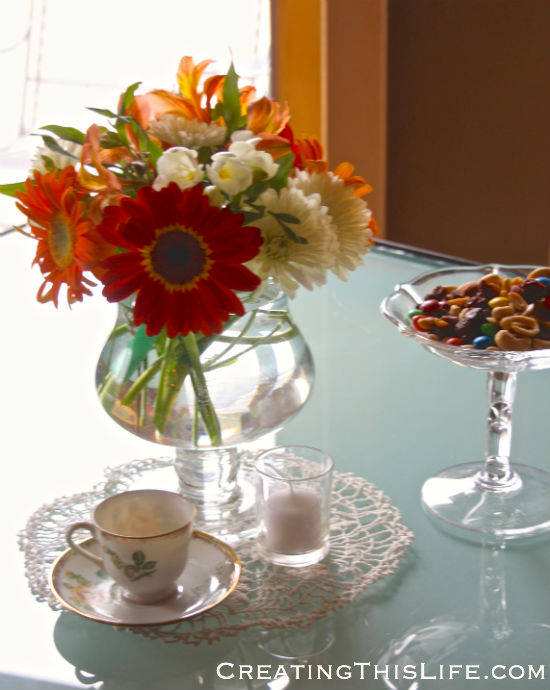 When the shower was over, I ended up with about half of the flower arrangements back at my house, so I divided the flowers by color and put them back into the vases. 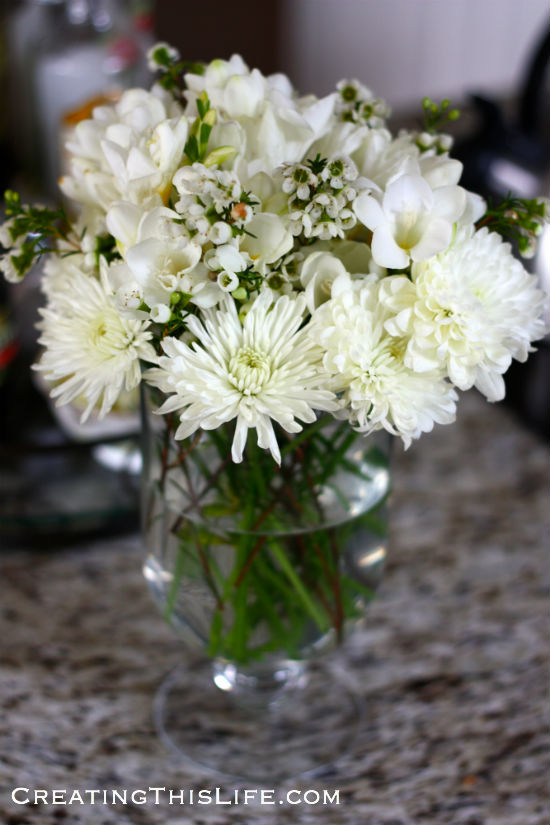 I love single color arrangements. Not only do they look elegant, but they’re super easy to pull off. I almost tossed these leftover white mums, but even they look nice in a vintage estate sale vase. 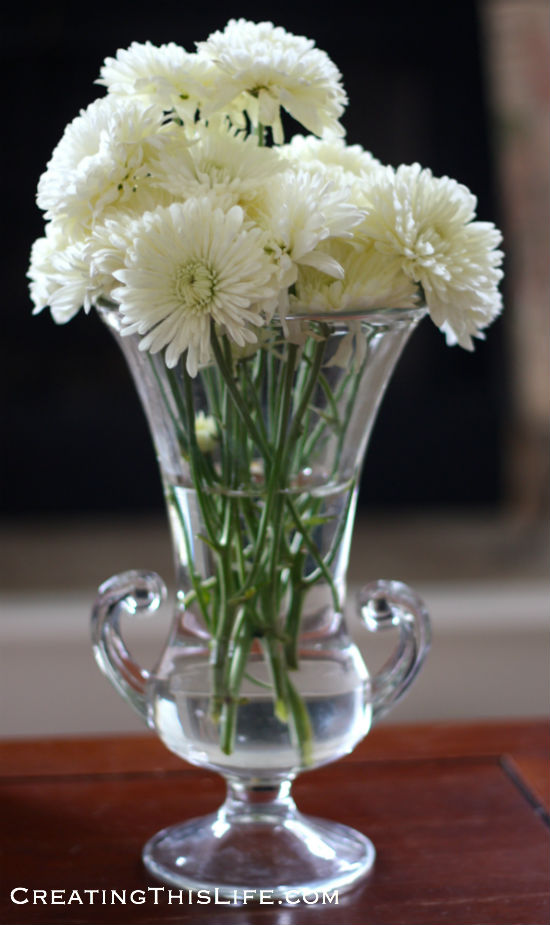 And can we talk about Alstroemeria? I didn’t used to know the name of this flower; I just thought of it as that flower that lasts forever. 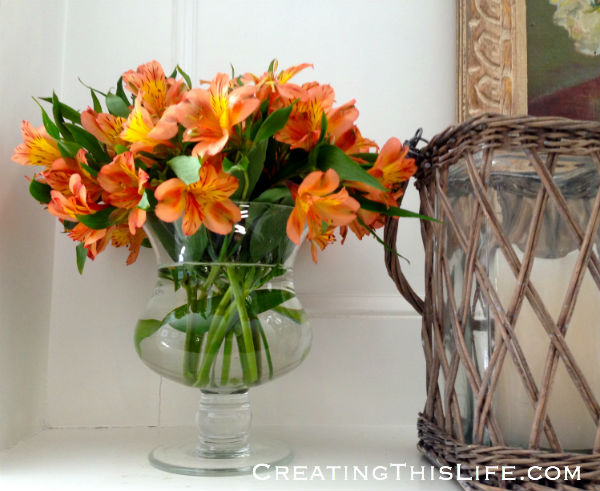 Because it’s not unusual for Alstroemeria to go a couple of weeks for me before petals start dropping. And Alstroemeria bunches are affordable. Trader Joe’s sells them for $3.99. I’ve picked them up at my grocery store and Costco too. 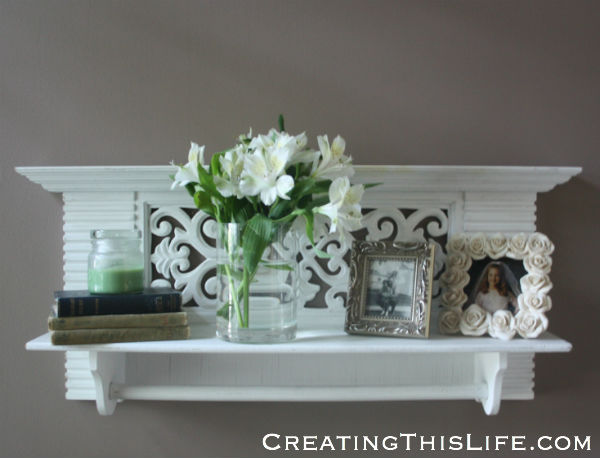 Alstroemeria stems sometimes look a little droopy and stressed for a day or so after they’re cut. But once they recover, they become full and fluffy. 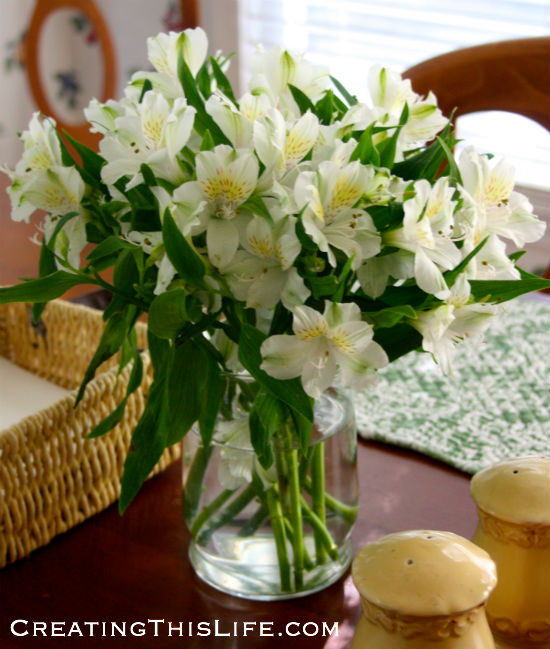 And they stay that way forever. Unlike another of my favorite flowers, tulips, which last just a couple of days. Tulips are such a tease. And at a time of year when all we want is a little bit of spring. 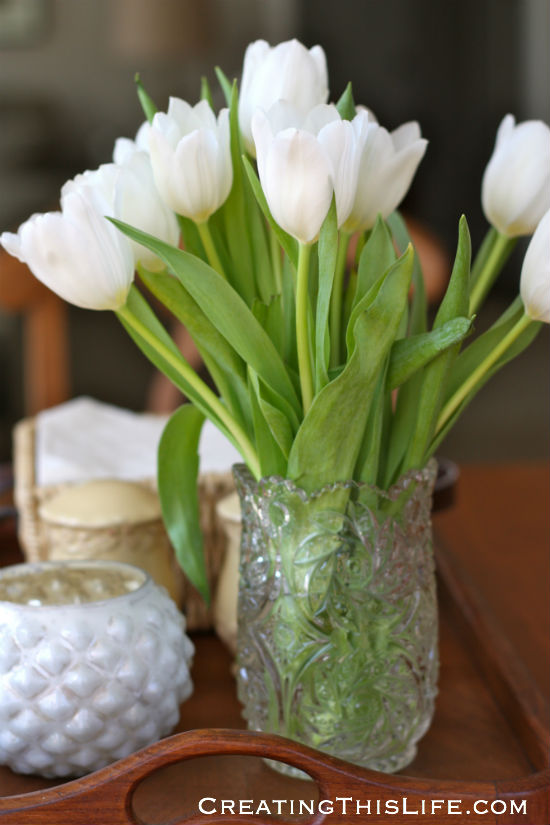 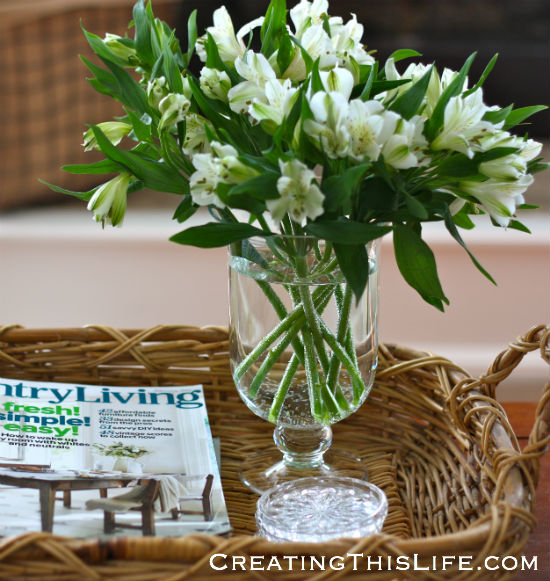