Last night we had a rare weeknight dinner for six, a mixed group of family and friends. I made these grilled shrimp foil packets from Delish.com and they are without doubt going to be a summer go-to for us. I’m already eager to make them again! 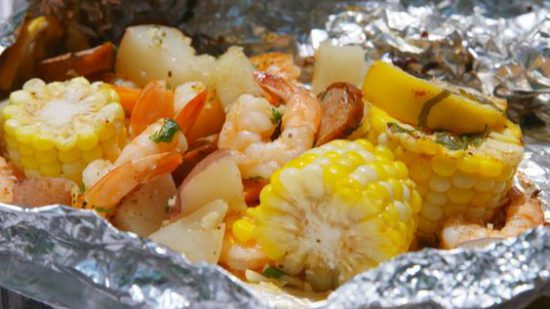 Delish says they “take their inspiration from the beloved (but tedious) shrimp boil.” I agree that they’re fun and delicious like a shrimp boil, but much easier.

This was the second time I have made this recipe and I tweaked it a bit this time which worked better for us. Here are the changes I made:

This is a great recipe for summer entertaining. I make these packets up, Tom grills them up, and then I add a salad, a warm baguette or sourdough round (last night I couldn’t choose so I got both!), beer, and white wine.