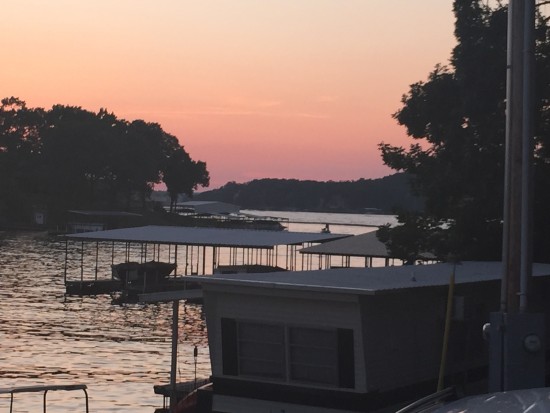 Last weekend Tom and I took Grant and seven of his high school friends to the Lake of the Ozarks for his birthday. Lindsey went too, brave soul.

We stayed in two trailers owned by Tom’s mom: boys in one; Tom, Lindsey and me in the other.

They’re men now. Young men, but men just the same. I know this, and yet as I tried to refer to them as men in this post, I couldn’t do it. They’re still boys to me.

There was a lot more hair this year: long hair, beards, even a tiny, braided rat tail. I didn’t realize how much boys expressed themselves with hair. Maybe it’s because these were Catholic school boys who have had to be clean cut all their lives until now? 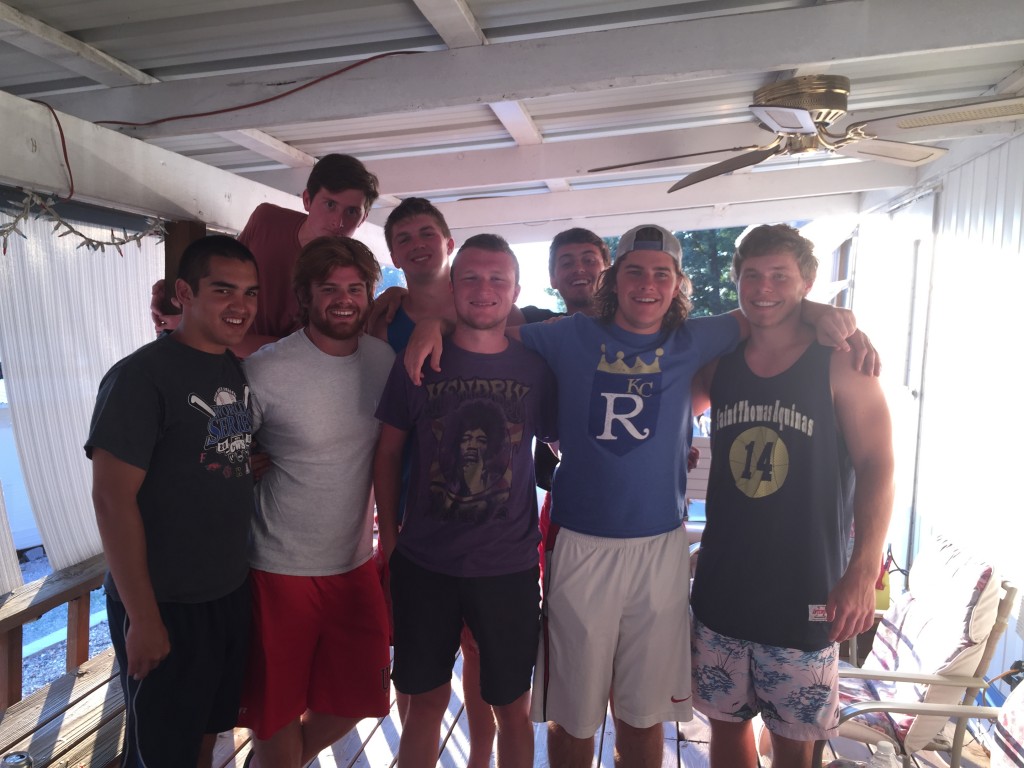 I loved watching them interact. They don’t realize yet what a gift it is to have the friendship they do. They can’t know how much their shared history will mean to them as their lives unfold and expand.

But I know. I’ve seen it with Tom and his high school friends, who have this same kind of relationship 30+ years later. And it was through that lens that I watched these boys this weekend.

My main contribution to the weekend was filling first a Costco cart and then a grocery store cart with food to feed the troops, and assembling it all at mealtimes. I say assembling because, other than a couple of breakfast casseroles, I did no cooking.

We threw out bacon, bagels, muffins, juice, and fruit for breakfast. Tom grilled hotdogs for lunch. We baked pizzas on Friday night and I heated up precooked brisket, pulled pork, and scalloped potatoes on Saturday night. Assembling, I’ve decided, is the way to go.

In between times I read. I started Elin Hilderbrand’s The Rumor on Friday and finished it on Saturday. Then I began Stephen King’s 11/22/63 right after.

I’ve never read a Stephen King book before. But I was intrigued by this book about time travel and the Kennedy assassination, so I bought it several months back when it was a Kindle Daily Deal.

It’s long – the print length is 866 pages. Kindle tells me I’m 13% of the way through, and I’m feeling the length. Hopefully I’ll make it. I’ll let you know in next month’s Book Report.

How was your weekend?