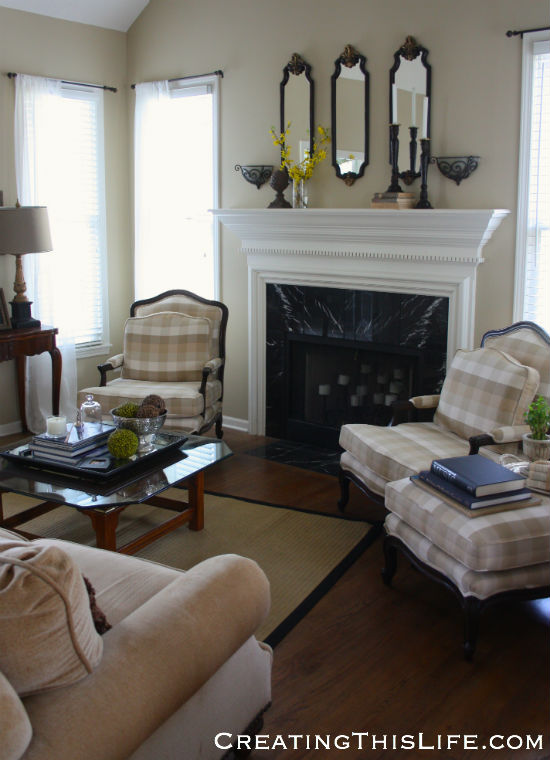 And I liked it. I thought it was mostly finished.

But then my mom gave me a beautiful leather sofa that was a much better fit for this room size-wise. I liked the darker color of the sofa in the room too; it seemed to ground it. So I sold the old estate sale sofa on Craigslit and replaced it with this one. 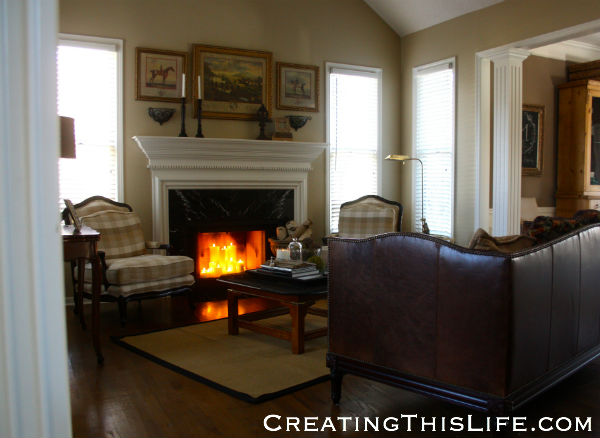 Not long after, we were having some siding replaced on this side of the house and – with all the hammering – one of the three mirrors above the fireplace came crashing down. I liked the three mirrors up there so I did some searching online to see if I could replace the broken one, but had no luck (not surprising since these were Hobby Lobby clearance aisle purchases from several years back).

I replaced the mirrors with three pictures, which were also hand-me-downs from mom (does she pass down the best stuff or what?) and I was surprised at how much I liked them in here. 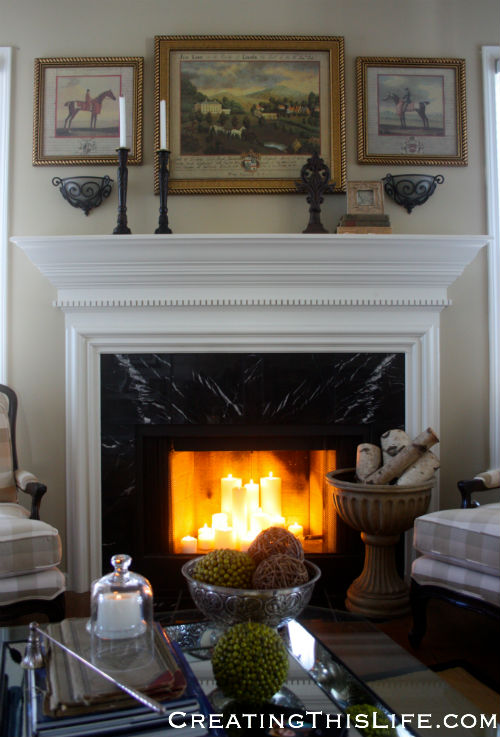 Then, a couple of smaller changes: I took down the white, sheer curtains that were hung too low and on rods that were too small.

And I also made a change to the candles in the fireplace. For years I’ve had a black, iron candelabra-type thing in there, designed just for putting candles in fireplaces. But I wanted to try something more informal using different sized candles.

So for quite a while I was on the lookout for varying sizes of candles (white of course) and eventually I had enough to pull out the old candelabra thing, scrape all the dried wax (and a few dead spiders) off the bottom of the fireplace, and put the new candles in.

I’m loving the simple, organic feel of candles placed directly in the fireplace so it seems that the hunt for white candles will be an ongoing one. 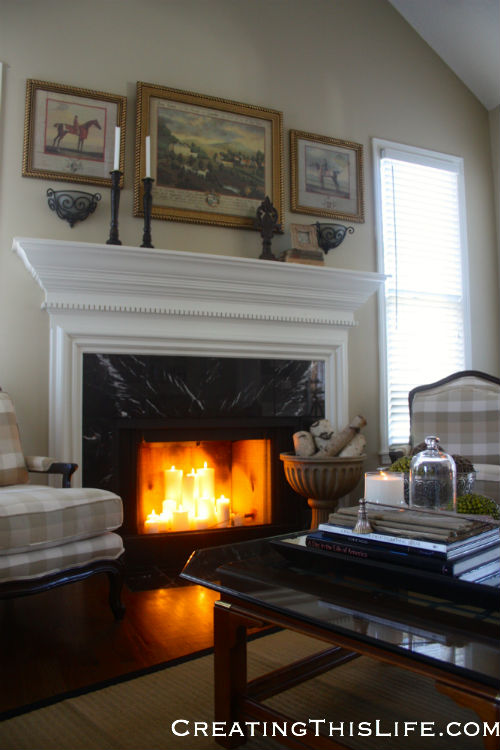 Finally, from the time I brought them home, I felt that the cushions on the chairs I had recovered earlier this year looked a little flat. I called Chuck, my top notch reupholsterer, and he said “bring them on back!” 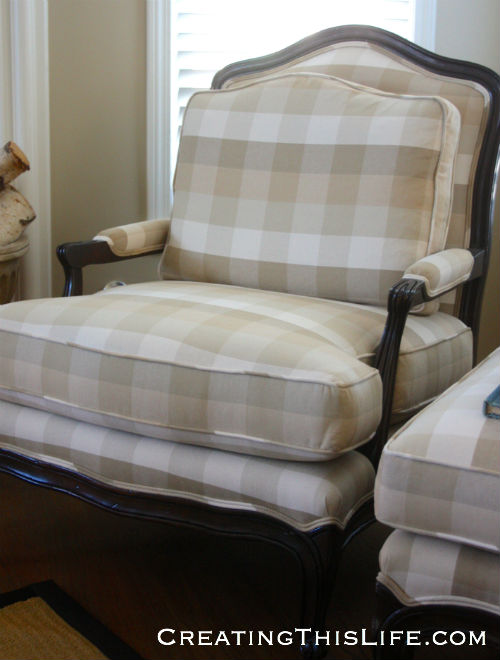 He priced a feather wrap for me, but I ruled it out due to the cost, so he added more of the original filling (so not the right word) and now they have the fuller look I was after. 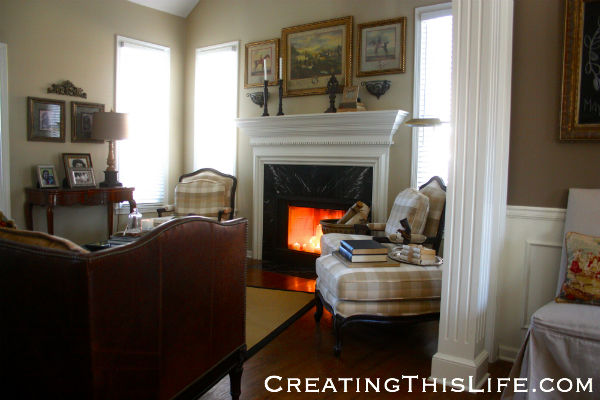 Grant, my college student, has requested that things “quit being changed” when he comes home. I remember my daughter, Lindsey, making a similar request when she was in college.

This post is part of Metamorphosis Monday and The Scoop.