Two weekends ago, Tom and I took a staycation here in Kansas City to celebrate our anniversary.

I took my camera along like I would on a regular vacation, and since I love showing off KC any chance I get, I wanted to share some of the pics here.

We stayed at the historic Hotel President, where we stayed on a previous anniversary trip and enjoyed it. 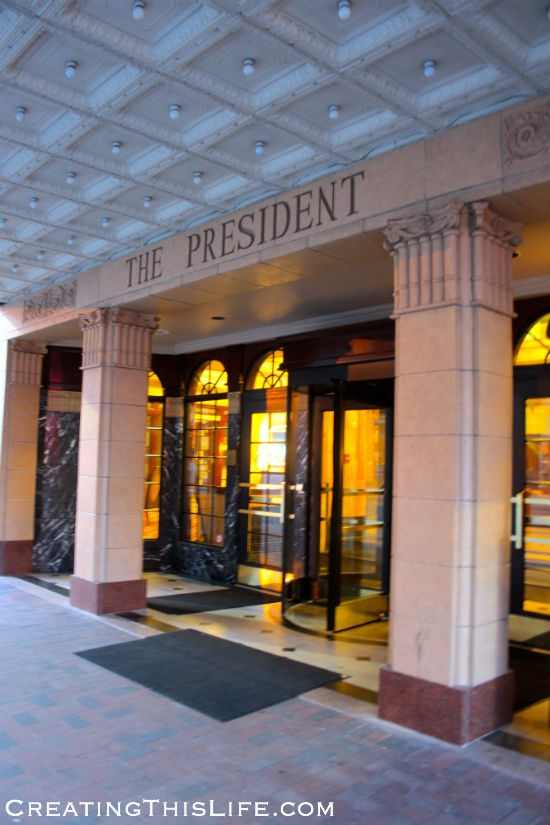 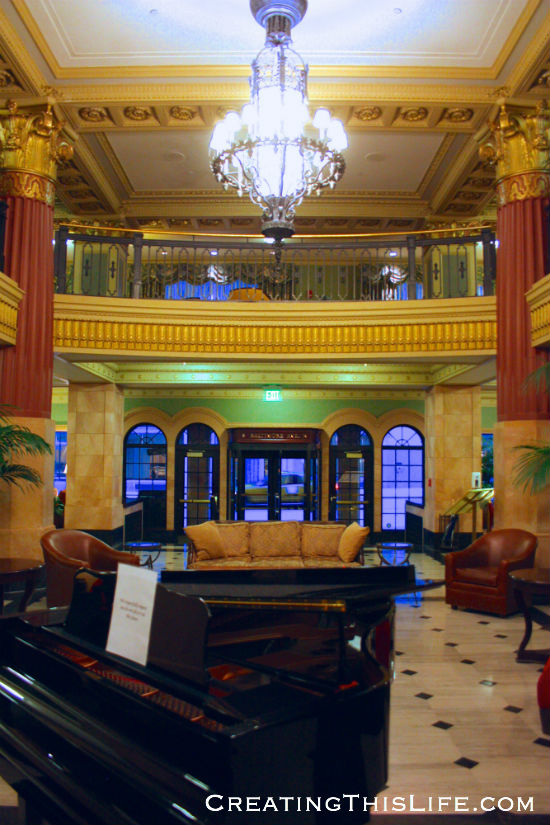 The President is in the Power and Light District of KC 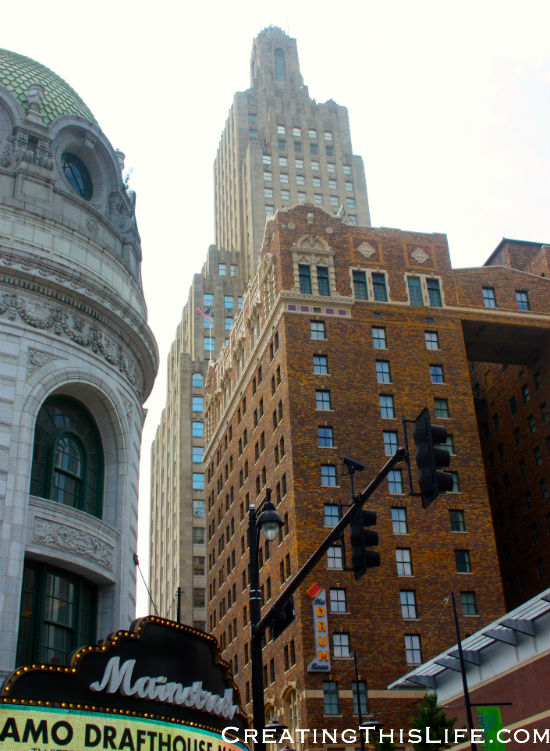 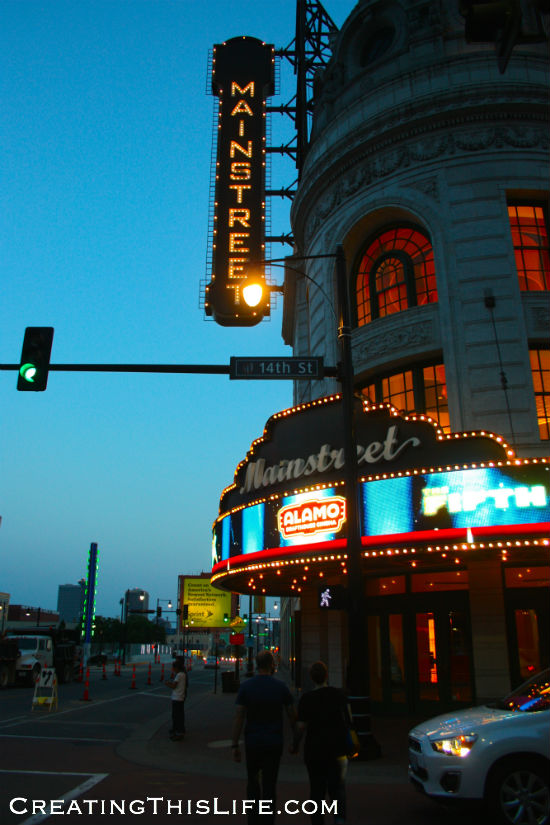 I love the blue lights in the P&L District 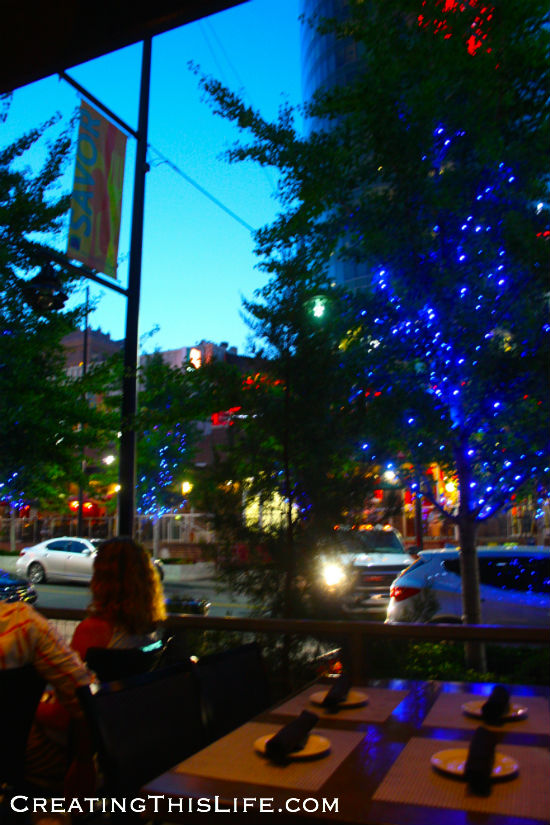 After we arrived and checked into the hotel, we had a great anniversary lunch nearby at BRGR. 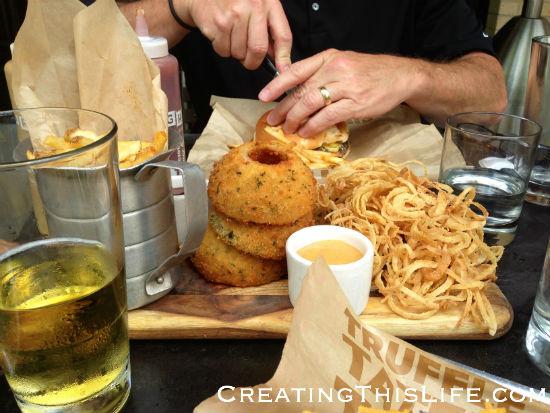 We also spent a lot of time during the weekend on the Country Club Plaza, where we spotted this bike rider and his friend. 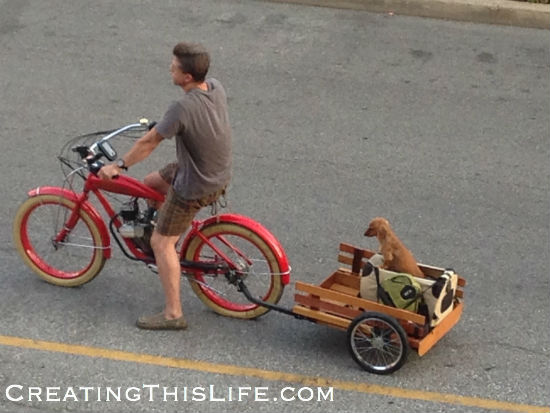 I snapped this picture of one of the many fountains on the Plaza. The statues in this fountain are the ones in the fountain prints I had framed for my family room. (Sorry for the tree in the way and the distance, I took this from the car. I wasn’t driving. ;)) 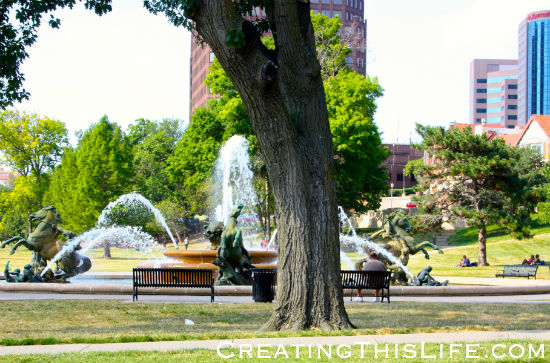 Another Plaza shot, taken during that glorious blue hour. 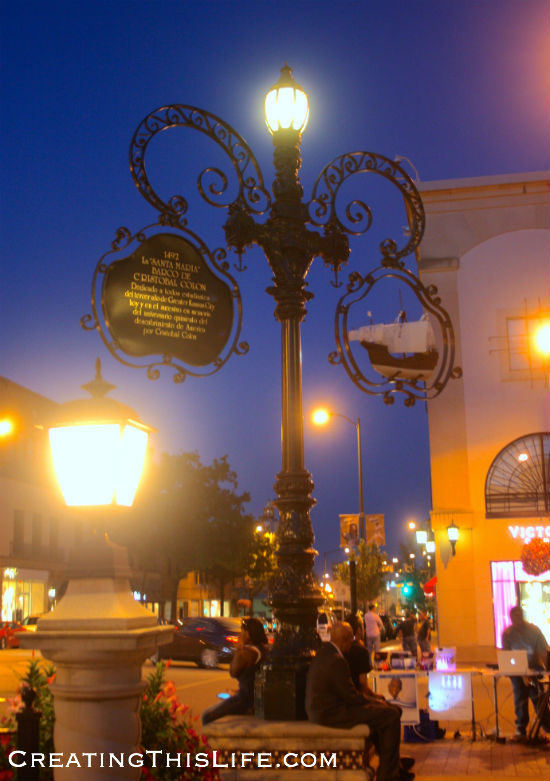 The weather was fabulous all weekend. The temps were so mild for August in KC. We asked for a table outside at almost every restaurant. 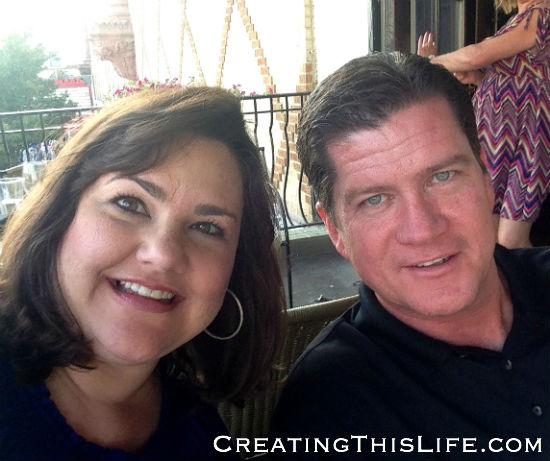 The one exception was our breakfast at Woodsweather Cafe, which is best described as a local joint. 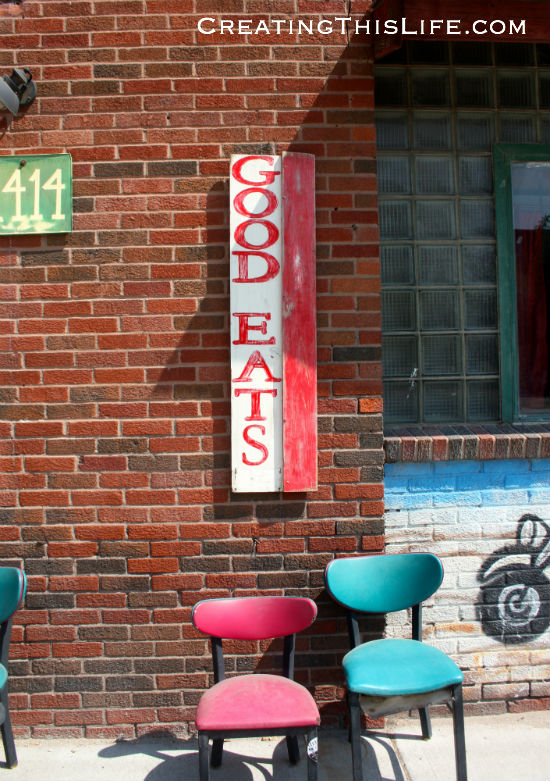 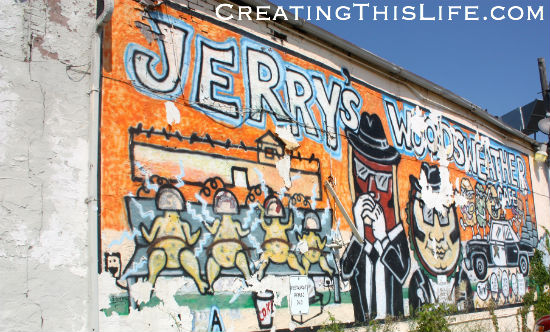 The Woodsweather Cafe is in the West Bottoms, which has antique stores open on the first weekend of every month. Guess what? It was the first weekend! I took almost no pictures while I shopped but I did snap this one because I can’t resist a pergola with little white lights. It was in The Painted Sofa’s shop. 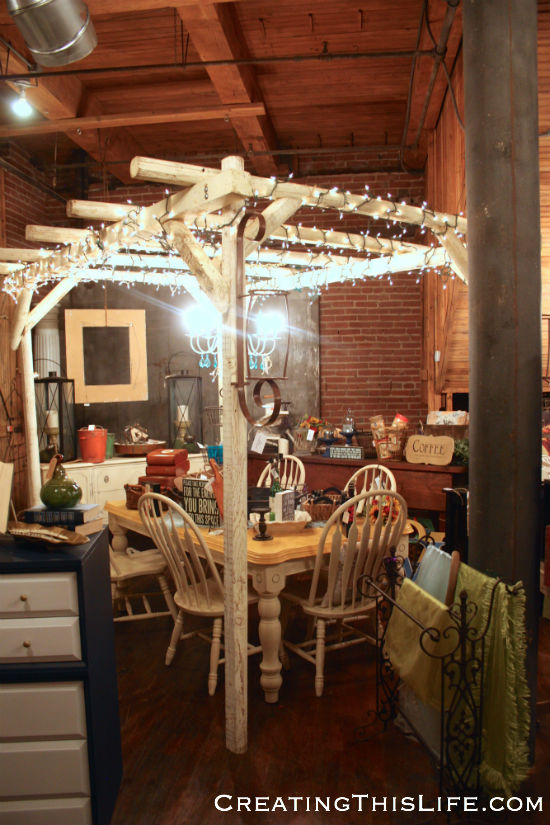 We ended the weekend where we started it, back near the hotel, this time at The Bristol. Eating outside again, where I was enjoying the blue hour, blue lights, and a blackberry lemonade martini. 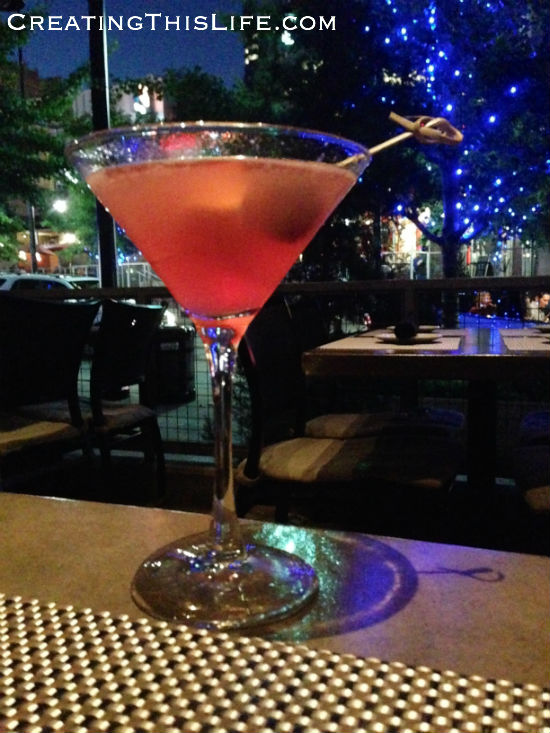 We loved the staycation. I’m already thinking about another. Do you have places near you for staycations and day trips?