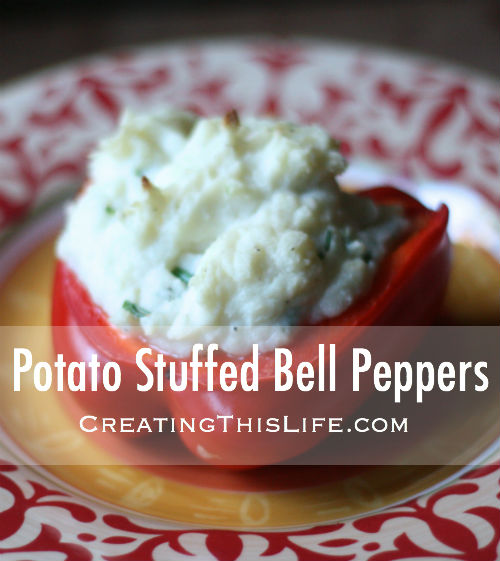 I tore this recipe out of a Southern Living magazine years ago. The recipe is a good one (I’ll share it at the bottom of this post), but it’s actually the idea I liked more than the actual recipe, the idea being that you make twice baked potatoes, but stuff the filling into bell pepper halves instead of potato skins.

The idea is a keeper because: 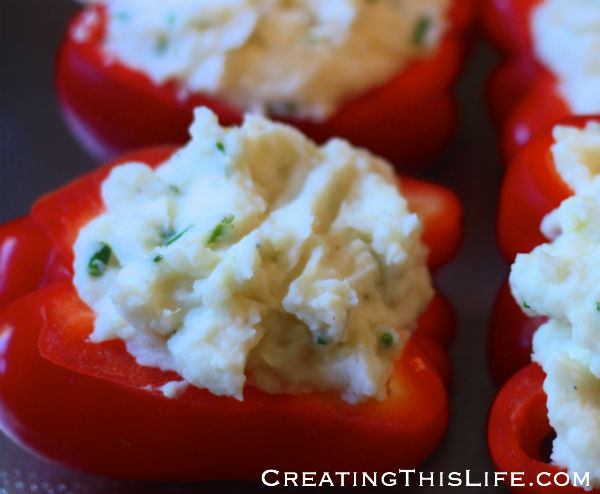 The recipe has you bake the potatoes and scoop out the insides, like you would in a traditional twice baked recipe. You can do that, but I think it’s easier to make your favorite mashed potato recipe instead. There’s no pulp scooping that way, although you do have to peel the potatoes so pulp scooping or peeling – take your pick.

Even easier, you can buy premade mashed potatoes in the refrigerator case at your grocery store. That’s what I did last night and I doctored them up with a little sour cream and some fresh chopped chives. 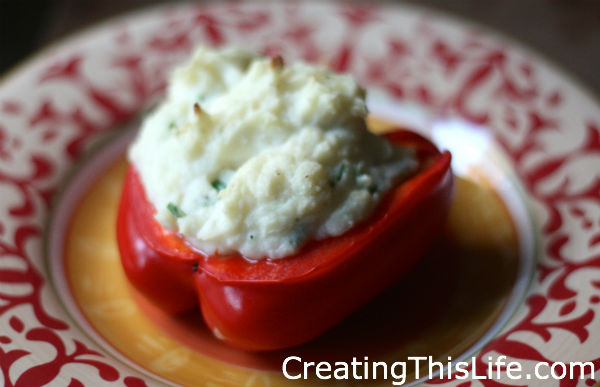 You can grill the peppers or bake them. I baked these alongside some salmon steaks I had marinated and 30 minutes later a complete meal came out of the oven. It doesn’t get any easier than that, especially for a weeknight meal, but these are tasty enough that you can make them for a dinner party, which I’ve done several times. 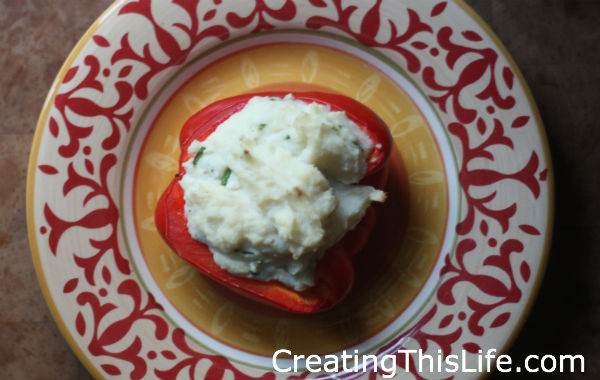 So, now for the magazine recipe:

And here’s my simplified version: 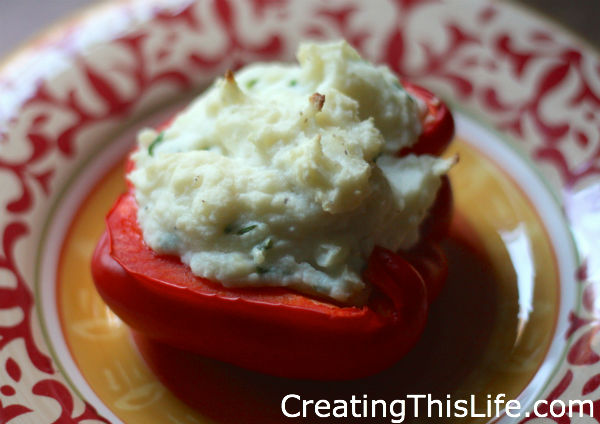