So it’s been a little quiet around here lately. I know, and I’m sorry.

It’s due to a little fall I took and a little injury that ensued.

Actually, it wasn’t so little of an injury after all. It was a broken wrist. The kind that involves multiple bones, surgery and plates (and not the fun kind either).

And you guys, it was a decorating injury.

See, we had a long cushion from our patio chaise lounge in the dining room because it had been raining. I went to hang a picture and moved said cushion to do so. After the picture was hung, I stepped back to take a look and forgot about the cushion I had moved there 30 seconds prior.

To to say I wiped out would be an understatement. I fell hard and my wrist took the brunt of it.

And just because timing has never been my strong suit, this all went down less than 24 hours before our big graduation party for my two kids. Luckily a lot of the prep had been done and my family stepped in and took care of the rest. They’re awesome. 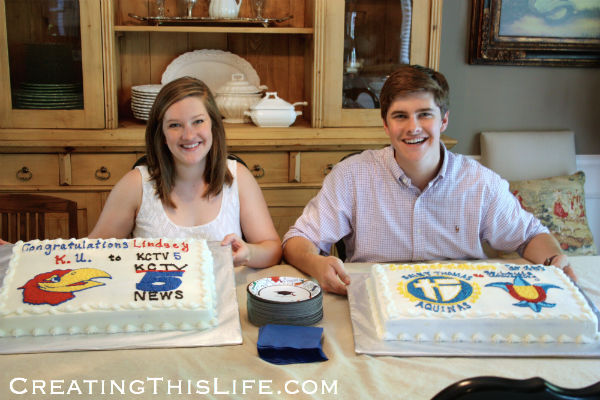 Now it’s almost two weeks later, the surgery is behind me and I’m starting to feel a little bit more normal.

I thought you might want to see the picture that set into motion this sequence of events. 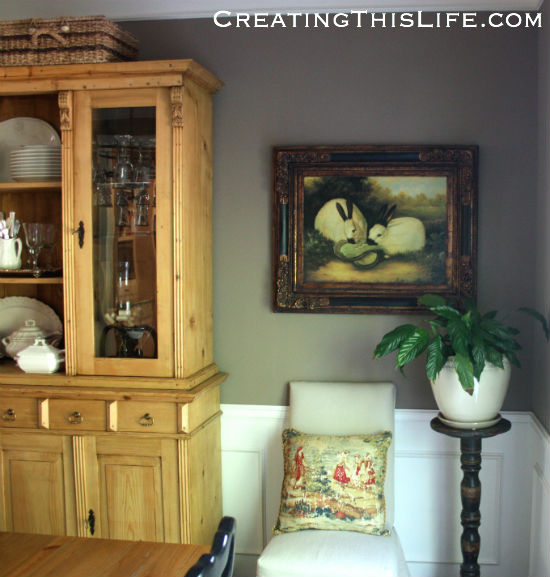 As my son said after the fact, “Bastards. Just look at them eating their lettuce.” That made me laugh. 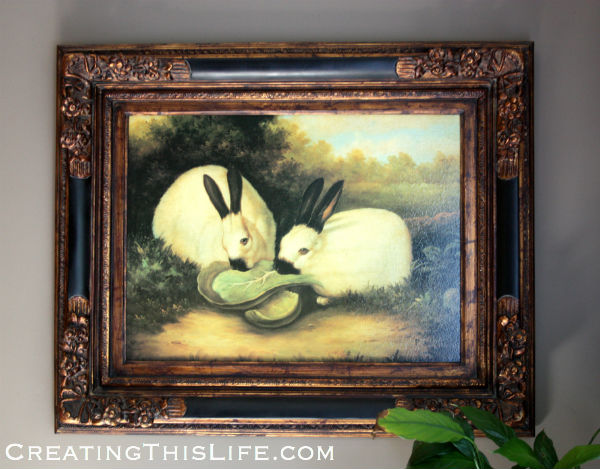 But the real insult that added to the injury?

After everything, the picture was hung too low. My mom had to adjust it the next day.