Last weekend Tom and I took Grant on a college visit to Saint Louis University. A very pleasant surprise was the visit the school planned for the parents to the Samuel Cupples House, which sits in the middle of campus. 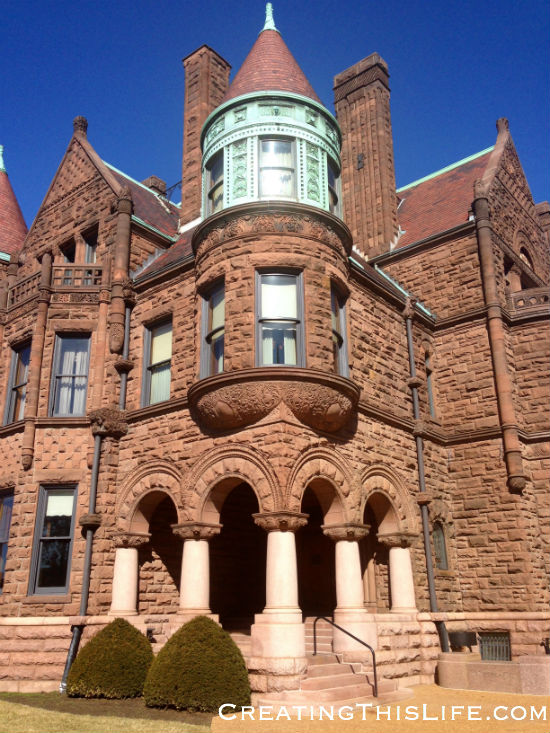 I’d walked by the house a number of times before on previous visits, but had never been inside. The only camera I had with me was my iPhone, and the pictures don’t nearly do the house justice, but I wanted to share some of them with you anyway. 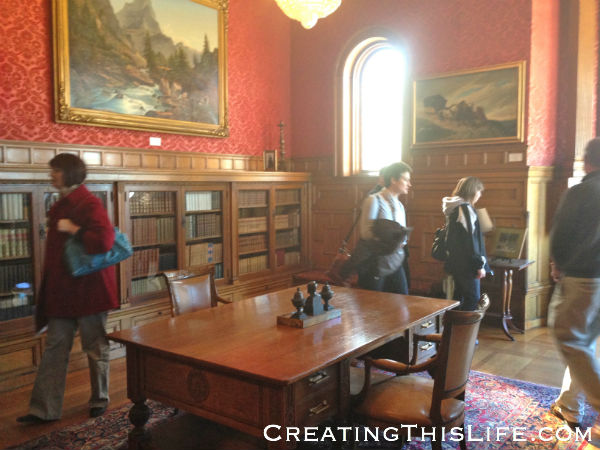 The walls of the library are lined with built-in shelves with glass doors on them. 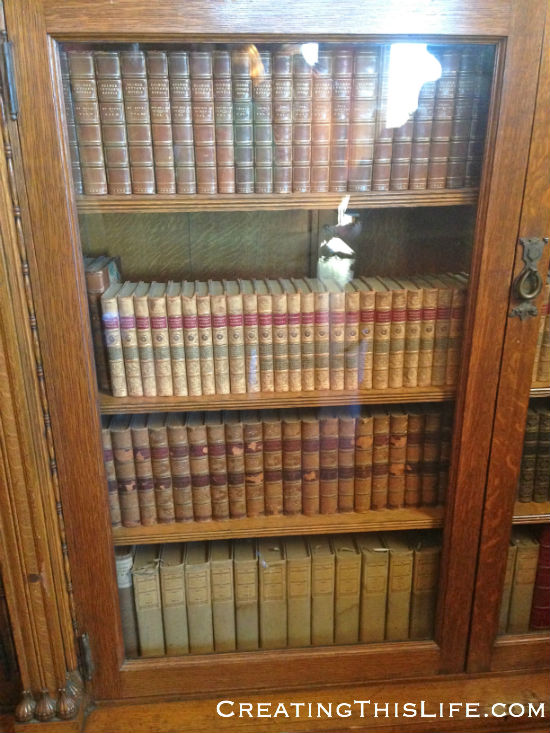 The cases hold the most amazing book collections. 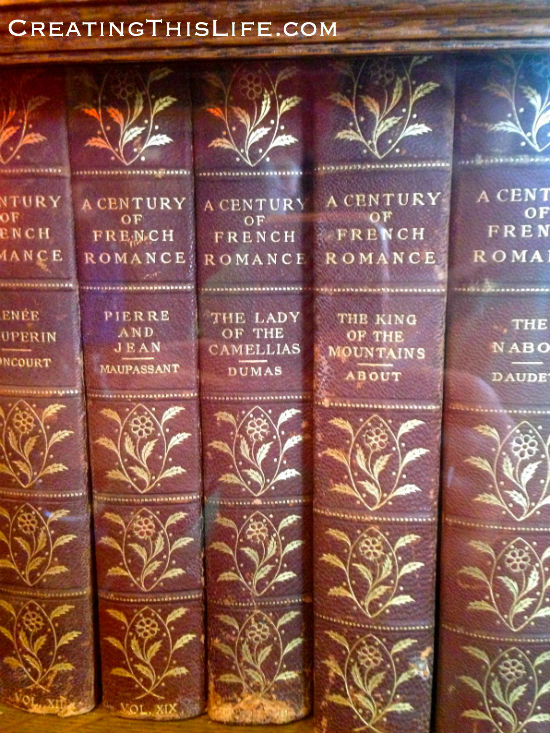 The wood on the bookcases, just as everywhere in the house, is incredibly detailed. It’s not surprising the house took three years to build. 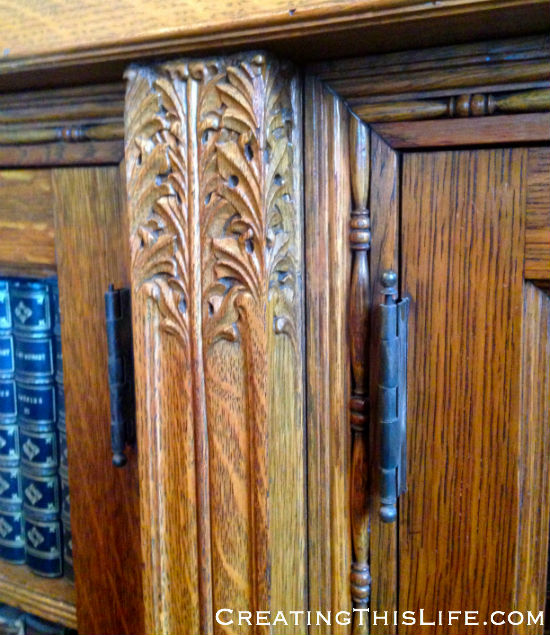 The library fireplace has the words “vita hominid sine literis mors est” carved above it, which translates as “life without literature is death.” (Four years of high school Latin and I still had to Google that!) 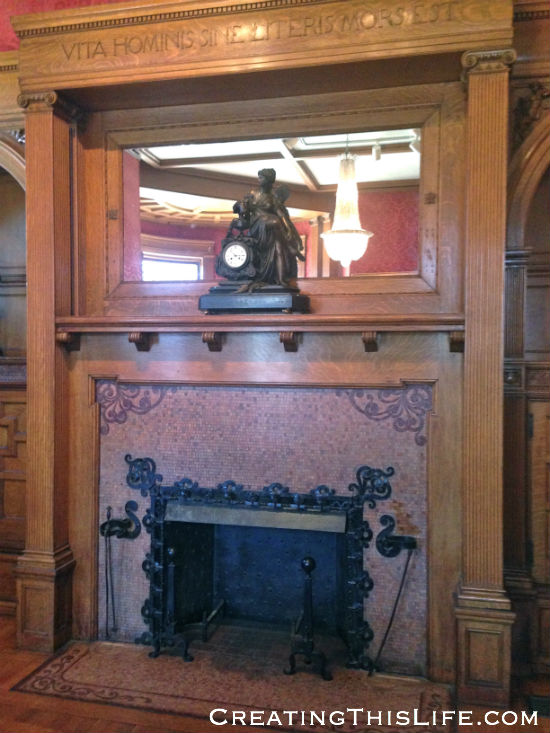 Here’s a closer look at the fireplace detail. There are 42 rooms in the house and 22 fireplaces. 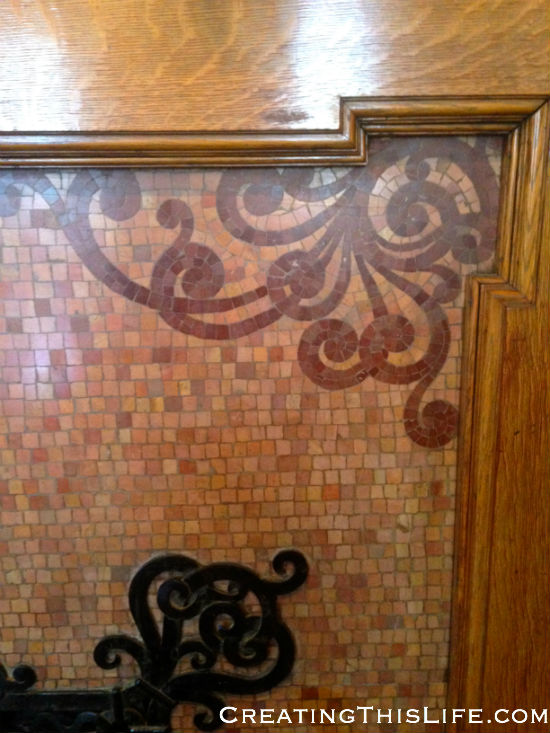 Did you catch the reflection of the chandelier in the mirror earlier? Here is a better look at it. 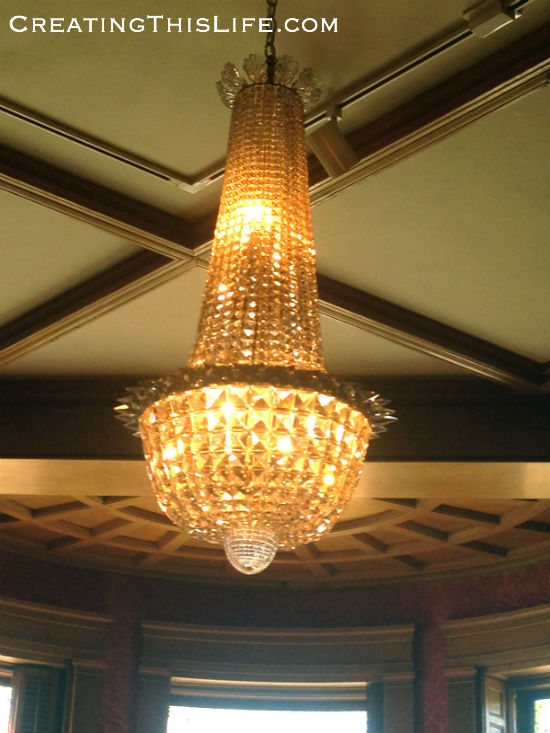 And here’s the detail of another lovely fireplace and the reflection of another beautiful chandelier. 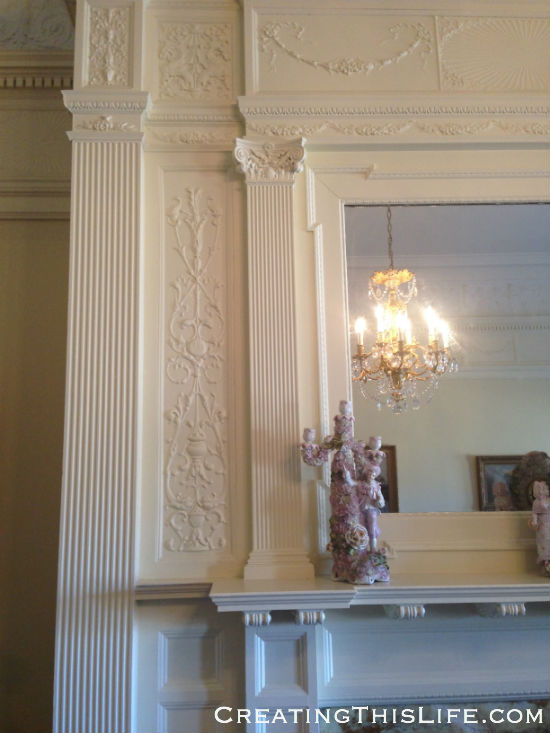 This fireplace is in a room that we were told would have been used for entertaining by the woman of the house, and it was very light and feminine compared to the rest of the house. 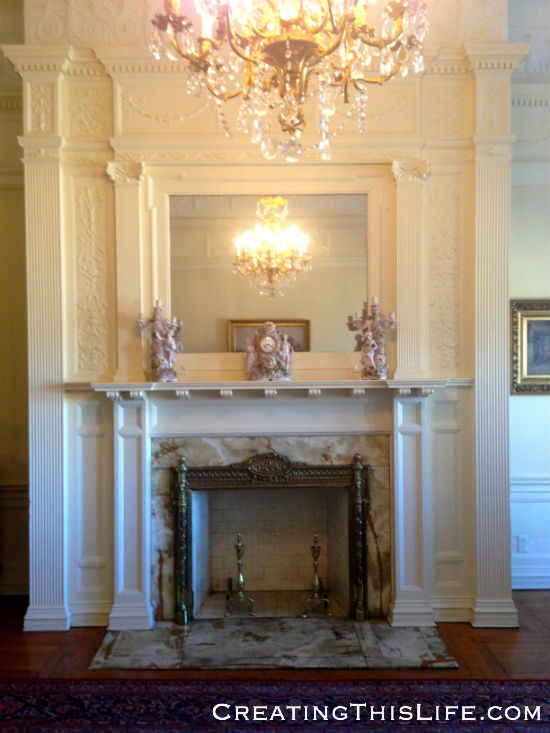 Next are a couple of dining room shots. 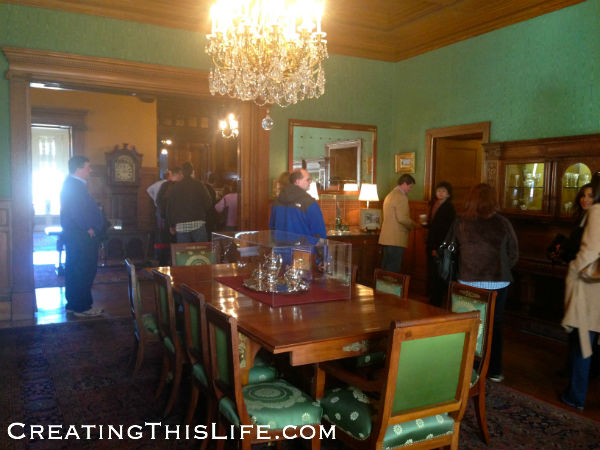 Including a closeup of the beautiful fabric on the chairs. 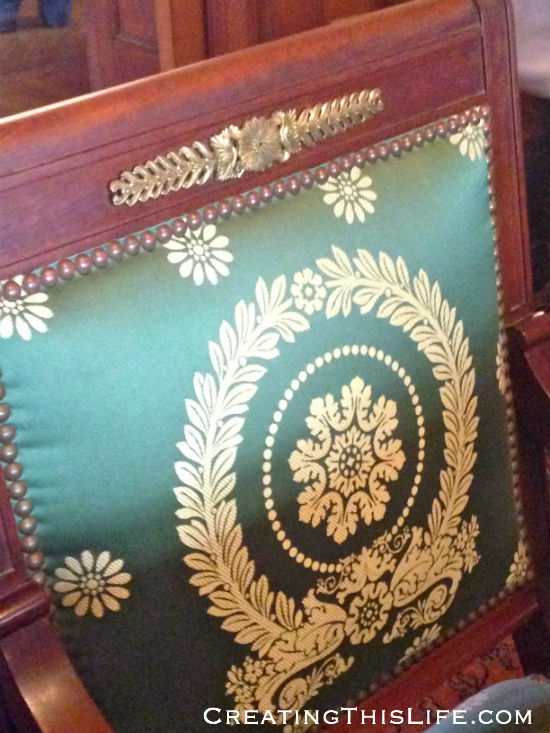 Just off the dining room is the other of my favorite rooms, the butler’s pantry. 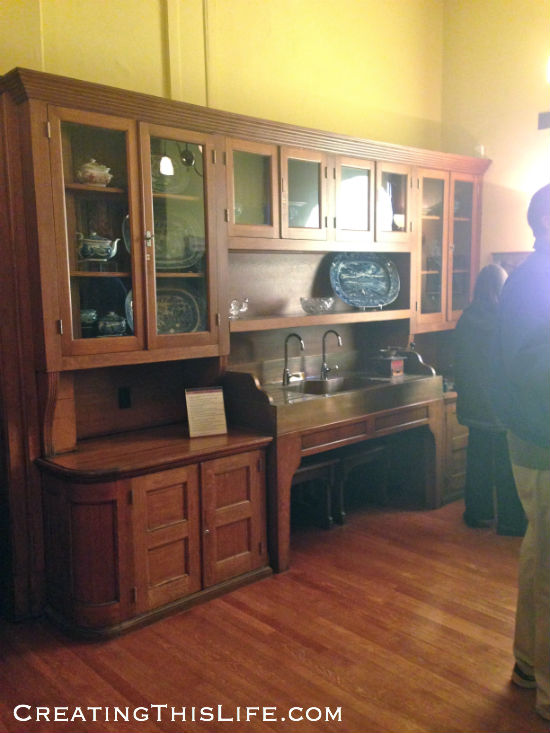 I am completely charmed by butlers’ pantries. This one is the size of large kitchen it today’s homes. 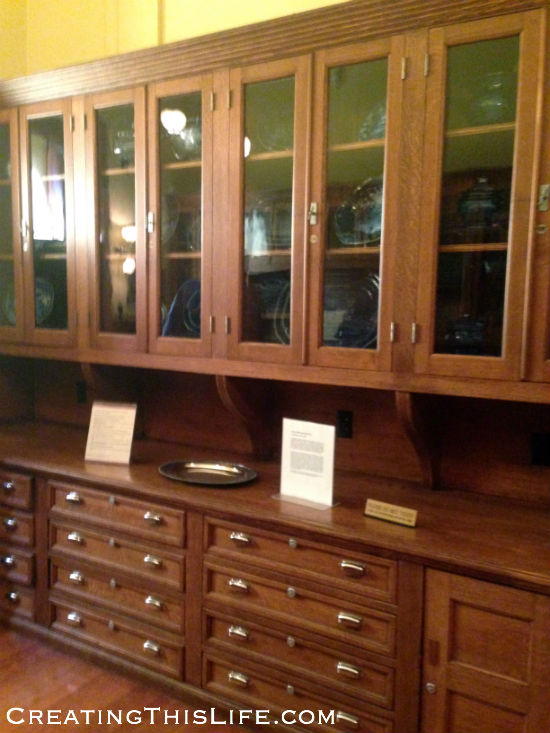 I couldn’t resist opening one of the drawers. It had candles inside. 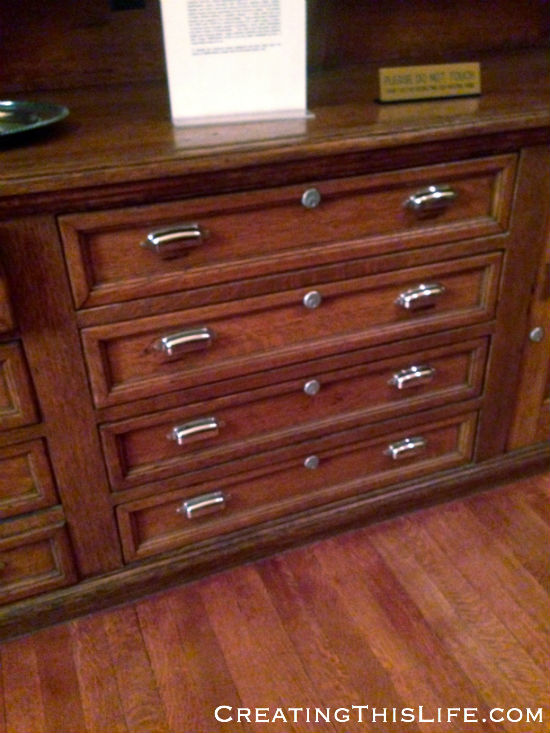 Here’s a closeup of one of the many pieces of lovely blue transferware the room holds. 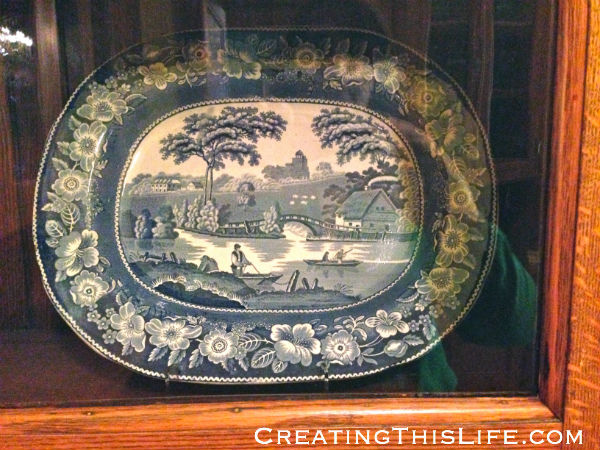 Another room has walls with amazingly intricate wall covering. 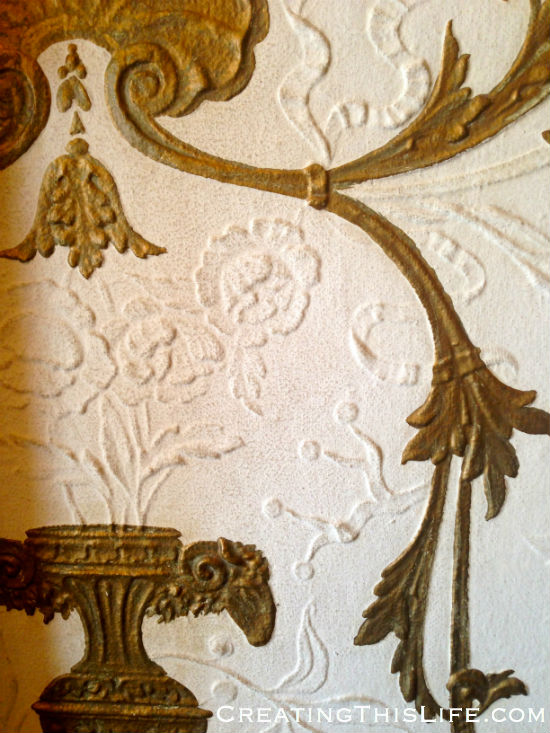 And I was completely taken with this table that seemed made for the beautiful green glassware that is on it. 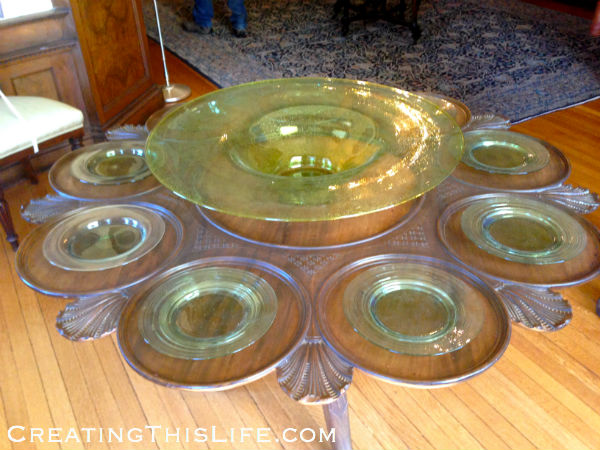 The house is also full of beautiful artwork. Between the art and the library, I could have stayed there all day. This oil painting was a favorite. 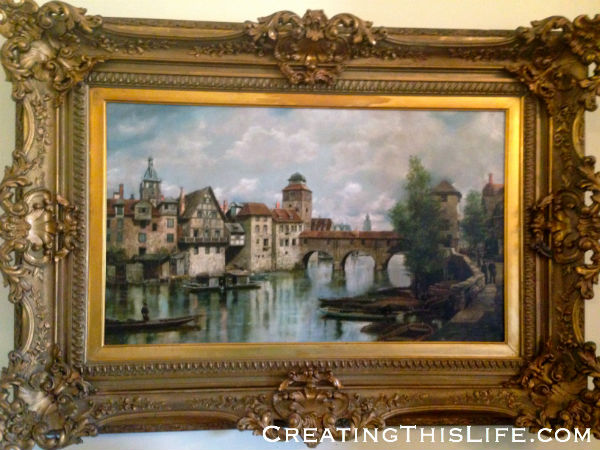 And this one of a Paris street scene. 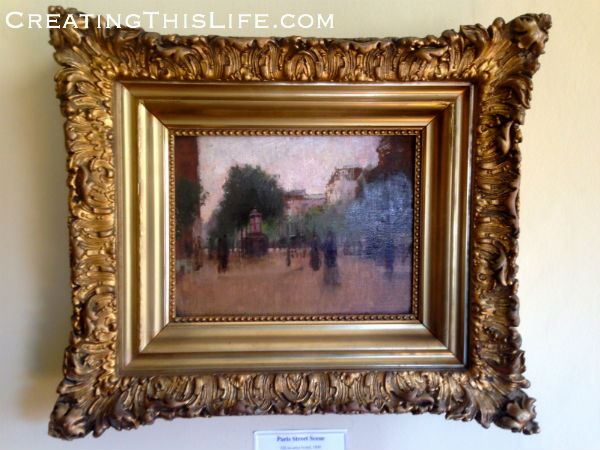 I was interested in this lithograph of Missouri wheat farmers. I’m a Kansas girl…aren’t all wheat farmer from Kansas? I guess not. 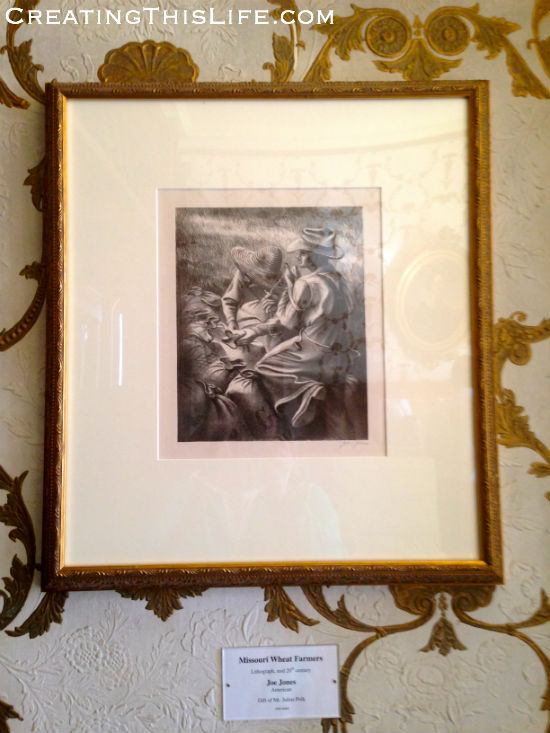 And even though the reflections in the glass made it hard to take a picture of this piece by Mary Cassatt I wanted to share it. 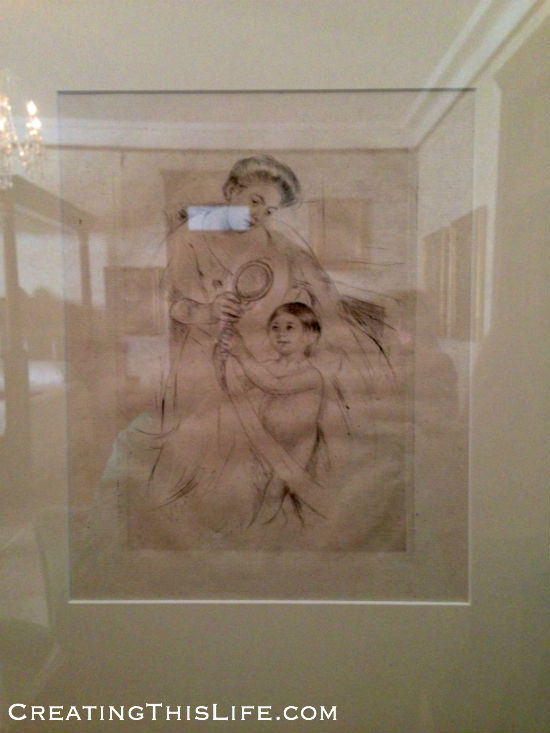 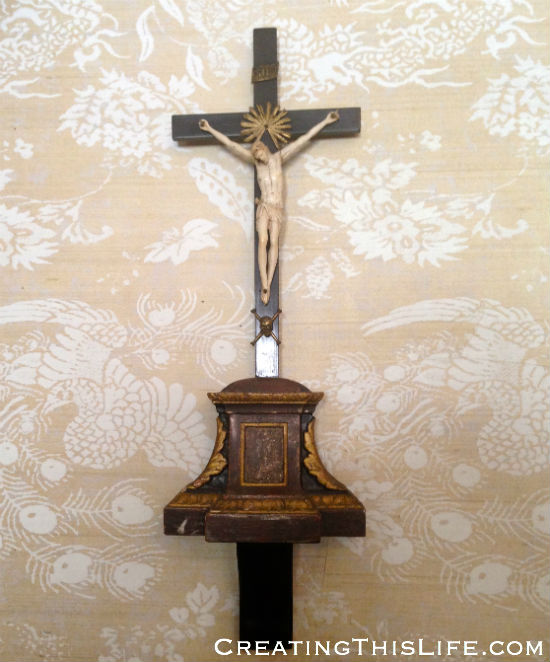 And a beautiful profile in oil on wood. 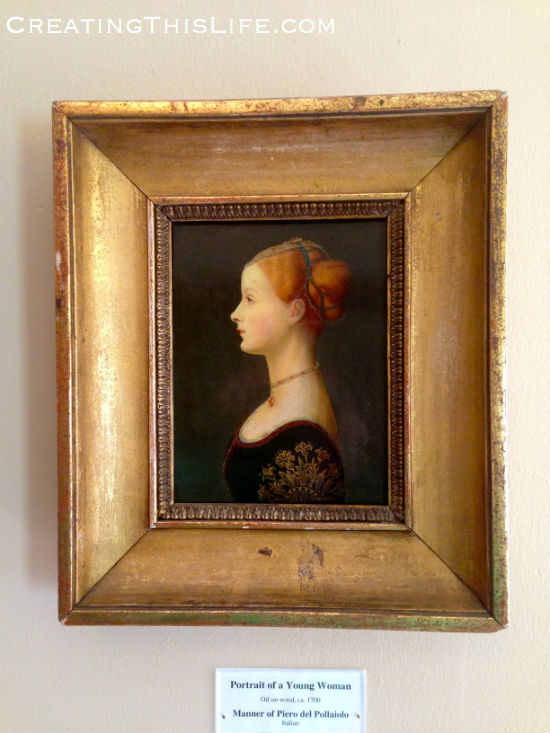 Finally, would you guess that this is the ceiling of a playroom? It was added to the house for the grandchildren. It’s used as a conservatory for music performances today. 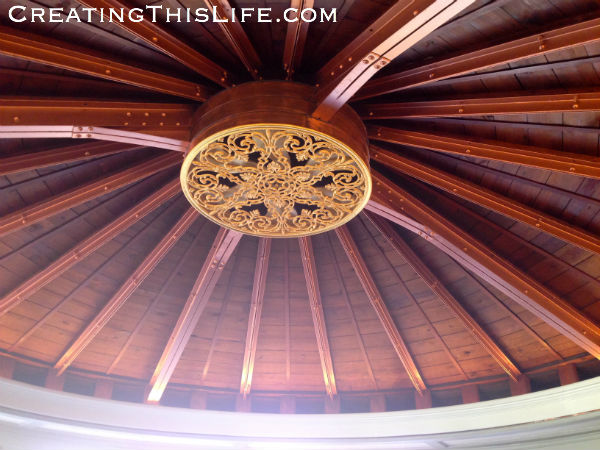 A few final tidbits I found interesting about the house:

How fabulous that Fr. McNamee succeeded in saving the house. I’d love to visit the Cupples House again and when I do I promise to bring a better camera.