Last year I put together a simple spring wreath by adding some craft store flowers to a grapevine wreath I had lying around.

It was cute, but nothing special. It could have used something a little extra.

Mother Nature must have agreed because one morning we woke up to discover that a bird had built a nest in the wreath. 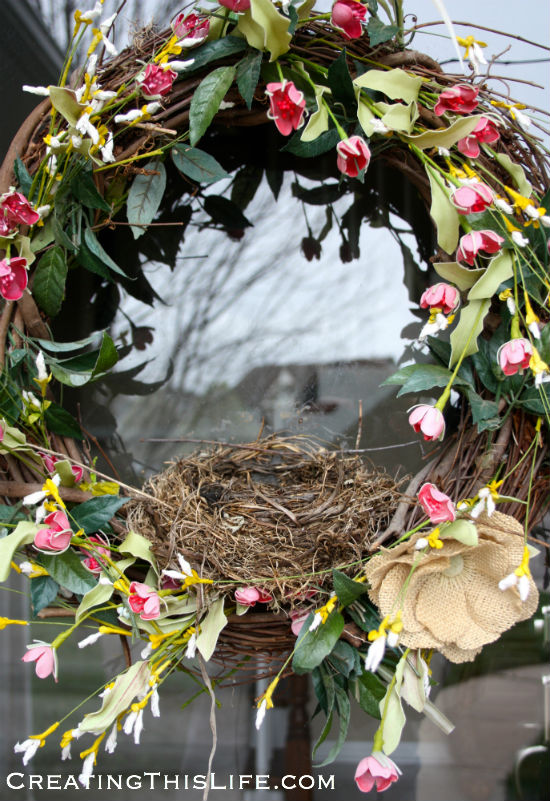 Honestly, it was a little thrilling. And beautiful. I had never seen a nest so up close and it truly was a work of art. I even liked the mud the mother bird left on the glass door. I was – and am – amazed at the construction of it. 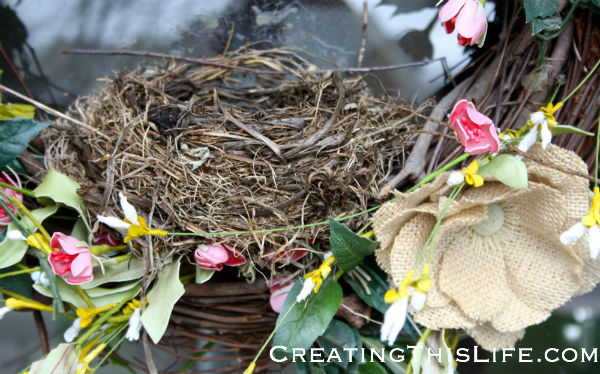 A few days later I came downstairs to find a note that my son had left before going to school. 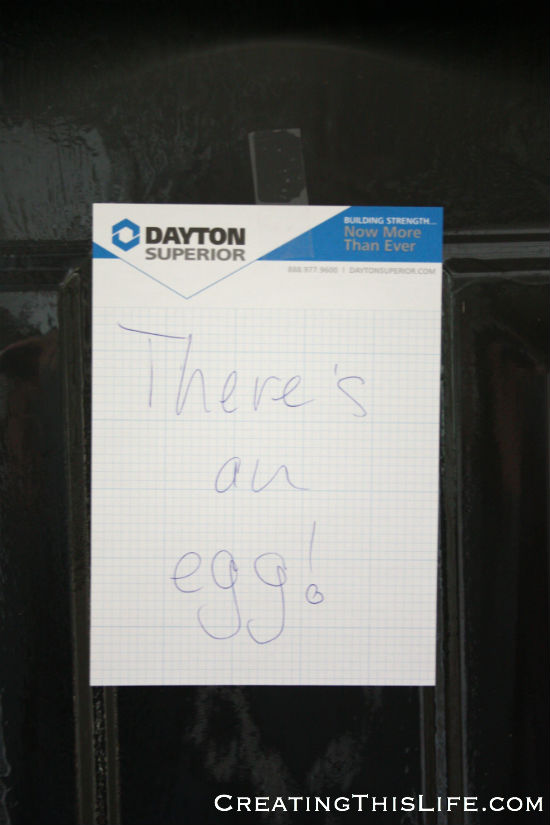 Nothing I’ve ever seen described as robin’s egg blue comes close to being as beautiful as this egg was. 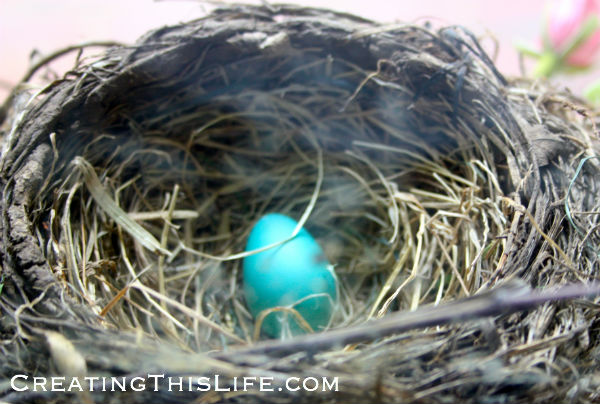 Soon there were two eggs. 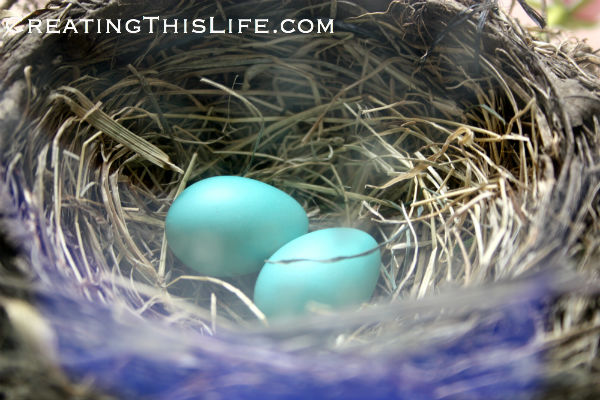 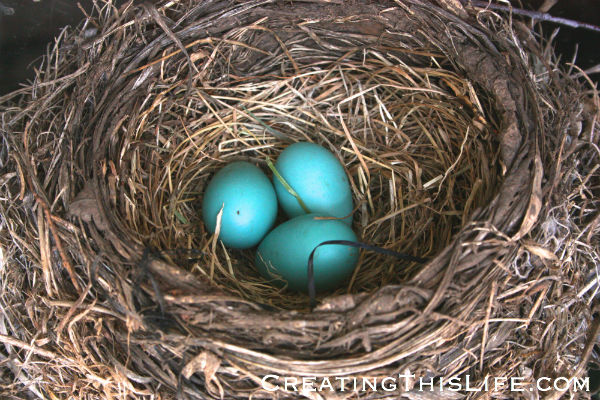 The mother bird was never far away. 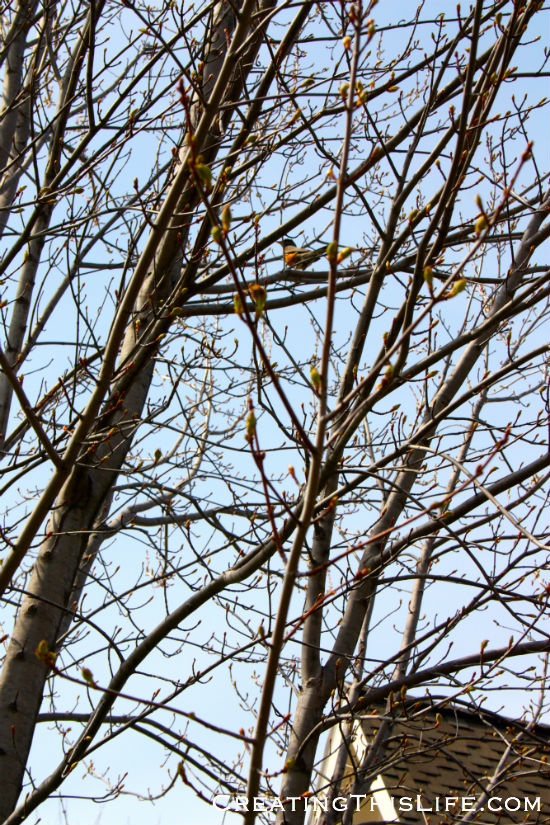 She was often sitting on the nest and I was able to get this picture of her there. 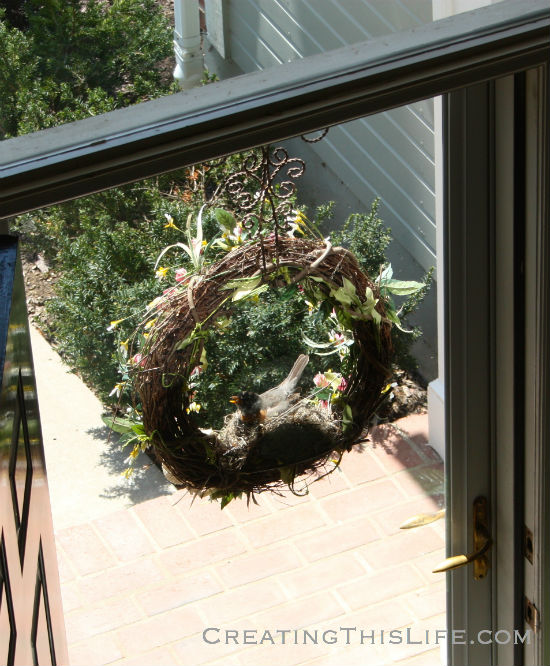 But usually she flew off to the nearby tree… 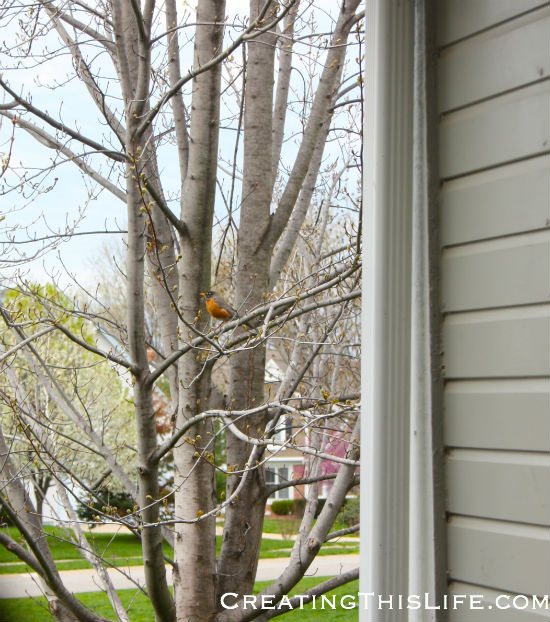 …or to the lawn whenever anyone walked by the door. 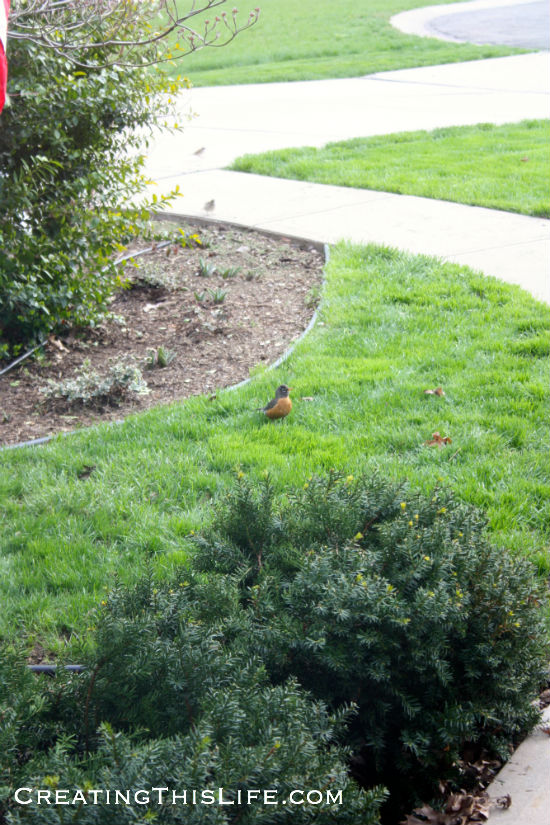 Eventually the eggs hatched. Sadly, one of the three baby birds fell out of the nest and died. But the other two grew and grew. And grew some more.

Now I understand the term kicking them out of the nest. I thought we were going to have to do that. 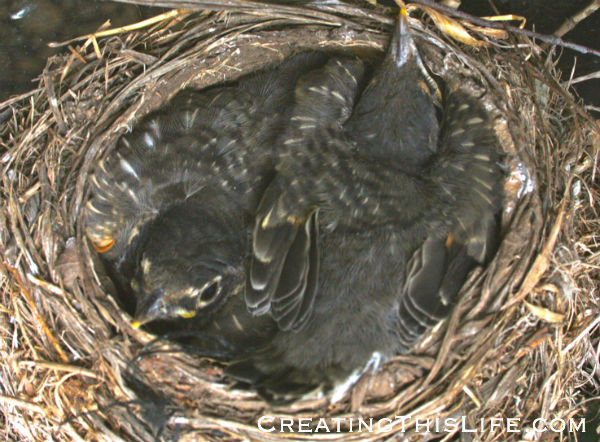 But they did eventually fly away. And the nest went back to being just the perfect decoration for my wreath. 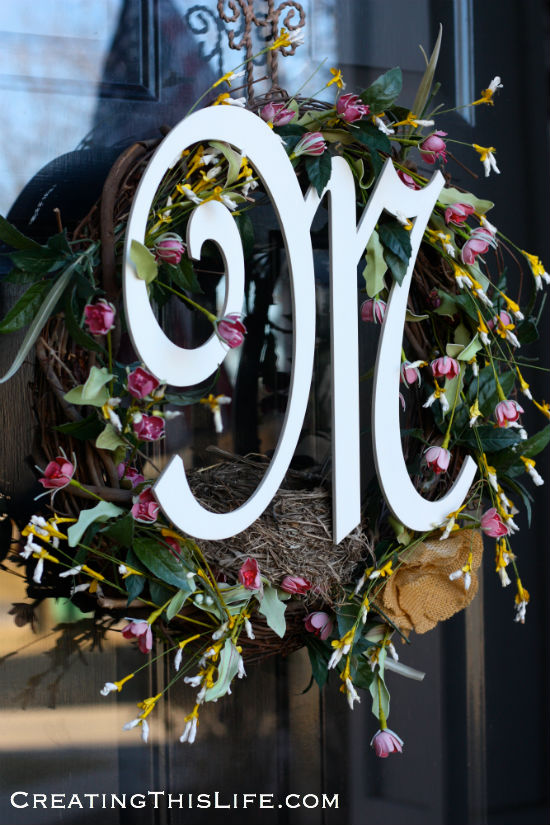 The nest isn’t just perched there, by the way. The mother bird made it part of the wreath. It would be hard to remove it, not that I would ever want to. 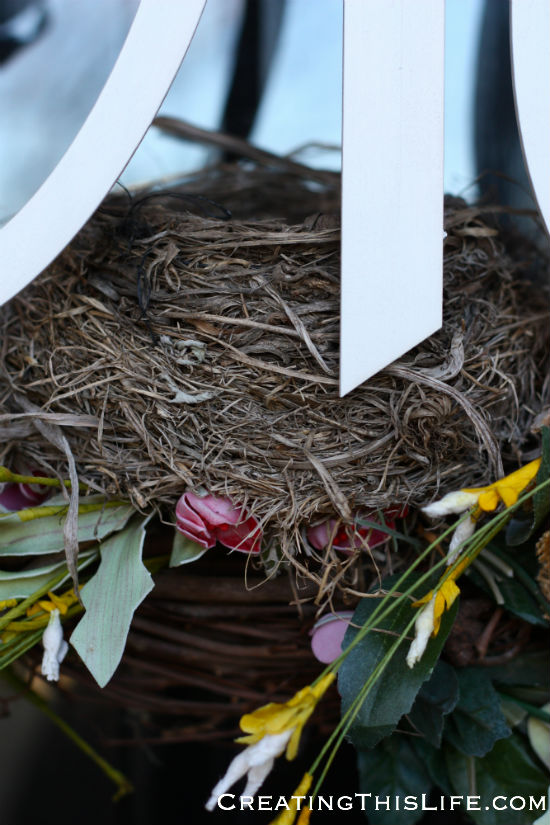 This year I added a wooden ‘M’ that I bought from Etsy and painted with some leftover woodwork paint. 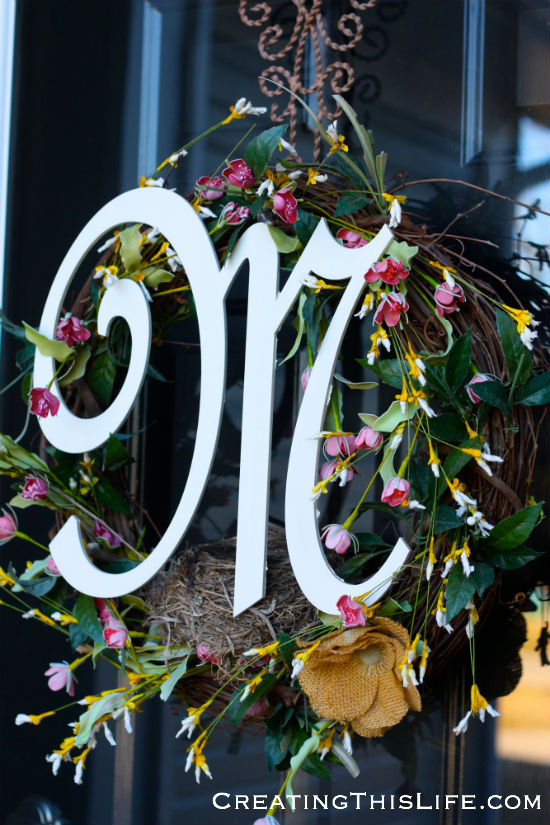 So that’s my spring wreath makeover. Courtesy of Etsy and a mother bird. 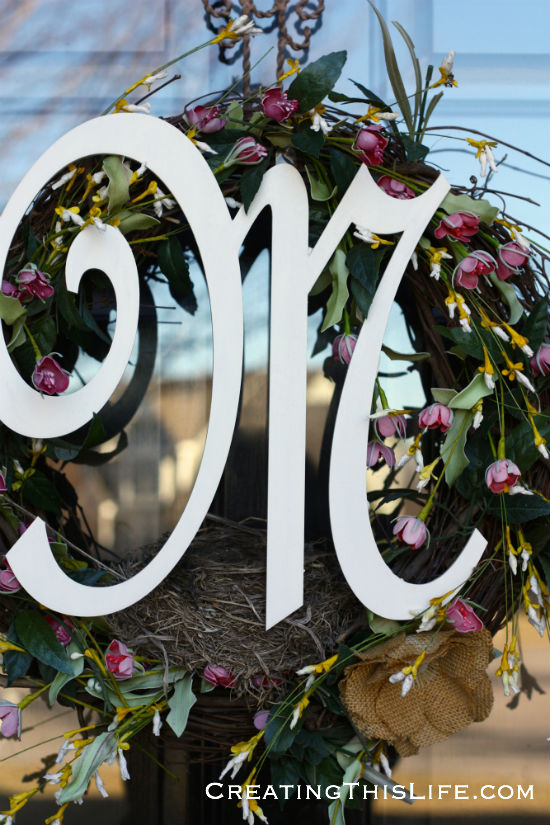