In this Memorial Day post I mentioned that I was going to try my basket of real flowers on the front door again this year. I know I’m tempting fate by saying this before August is even here, but they’re doing well. Better than last year. 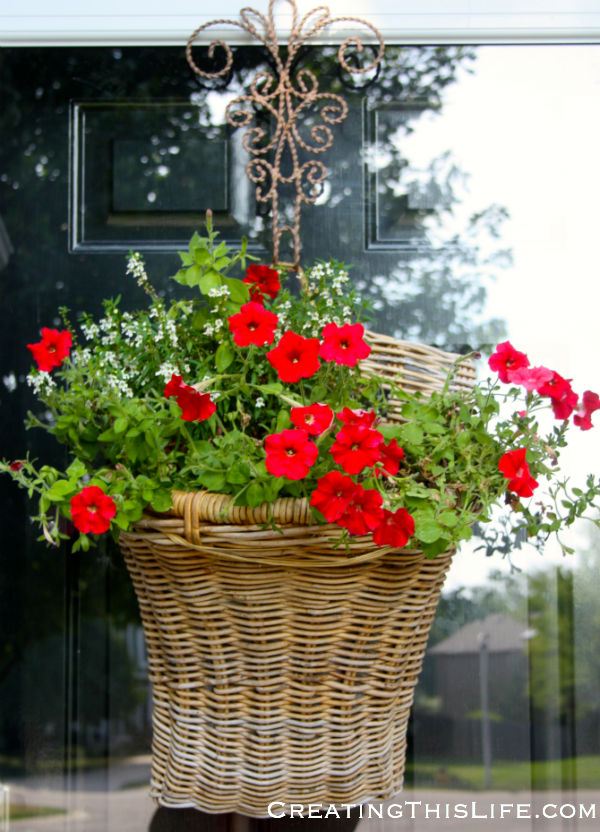 I think it’s because I used petunias (hardy!) and because we’ve had somewhat milder temps in KC this summer.

I also filled the whole basket with potting soil instead of using a shallow pot inside and it’s heavy, but it’s holding the moisture much better that way. Which is good because I’m a lazy gardener and don’t water as often as I should. 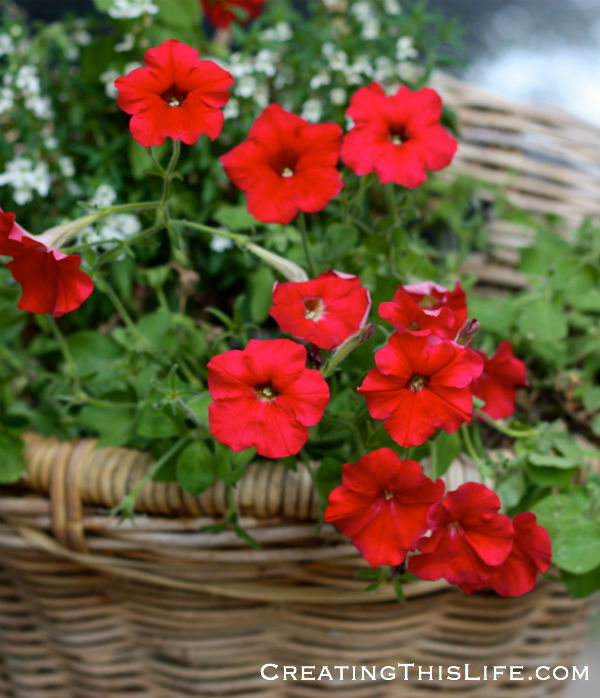 There’s also an accidental bit of red under this tree in our backyard. These plastic adirondack chairs came from a big box hardware store a few years back and we put them there in the shade as additional seating for the graduation party. 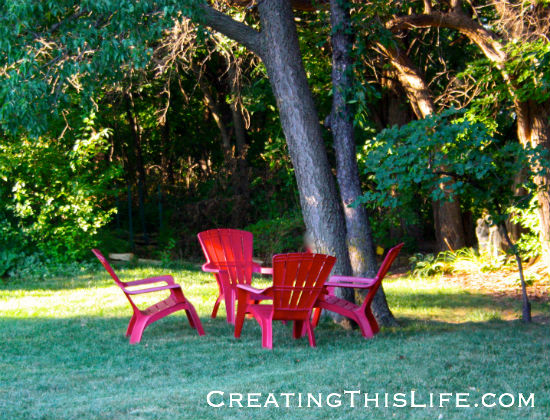 We liked them there so much that we scrapped our plan to get rid of them after the party was over. 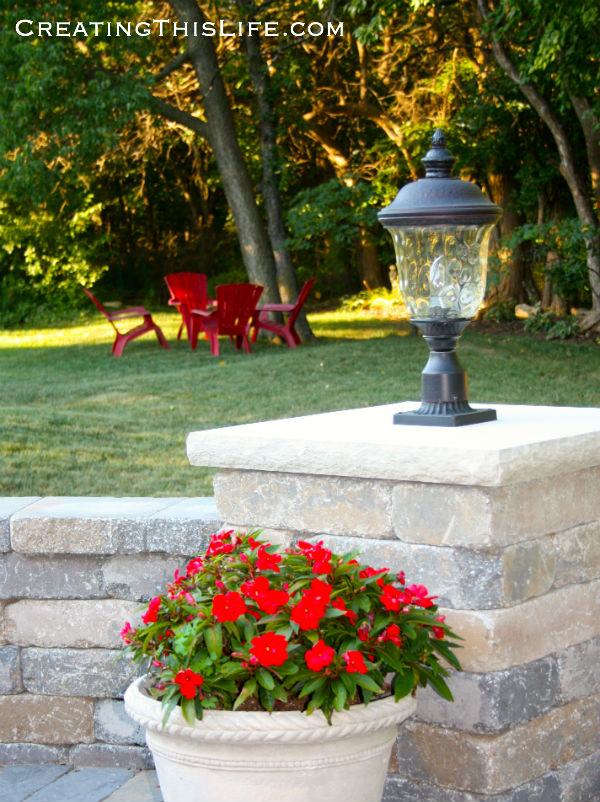 I can see them from the window over our kitchen sink, which makes me happy, and Tom has used them a time or two as a cigar smoking spot. Which I think almost makes up for the fact that he has to move them every time he mows.