This empty nest stuff isn’t all bad. With nobody else’s schedules to work around, Tom and I find ourselves doing pretty much whatever we want in the evenings and on the weekends.

Last Saturday we left a birthday pool party for a friend and – on a whim – drove to Lawrence to surprise our tailgating friends at halftime of the KU game. You know, cause we’re crazy like that.

It’s almost like dating again, except with a mortgage and a dog we have to get home to feed.

Last Sunday found us at a sale in the Crossroads area of Kansas City, more out of curiosity than anything else. The ad described it as a huge art and antique furniture sale and promised hundreds of pieces of original fine art. Apparently they had been donated to, and were being sold to benefit, Catholic Charities of Northeast Kansas.

But who has hundreds of pieces of art to donate? Part of me wondered if we were walking into one of those starving artist sales you hear advertised on the radio in between car dealership commercials.

As soon as we were in the door we could see they hadn’t been exaggerating about the size of the sale. It was the last day and we arrived well after it opened and still found wall after wall of artwork available. And they were almost all oil paintings. 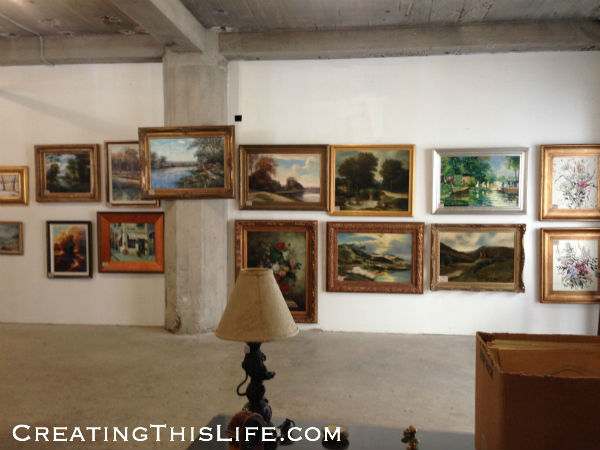 I asked a lady who was shopping near us if she knew where everything had come from. She’d heard it had all been donated by a bank. 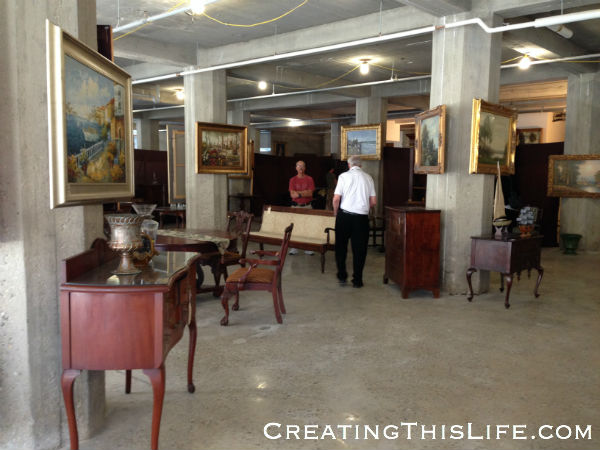 That seemed to make sense, considering your average art collector doesn’t usually have a framed poster of home mortgage disclosures hanging around. 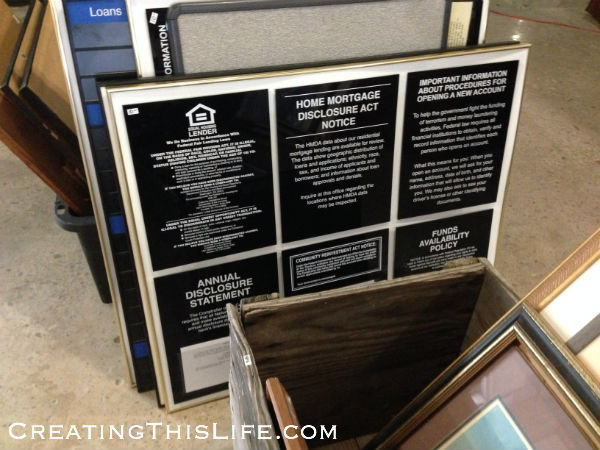 And some of the furniture pieces for sale included things like this ornate, marble-topped table, apparently used in one of the bank lobbies. Tom thought it was really cool and tried to think of a place or way we could use it. Shockingly, we couldn’t come up with anything. I have to admit, it was beautiful. 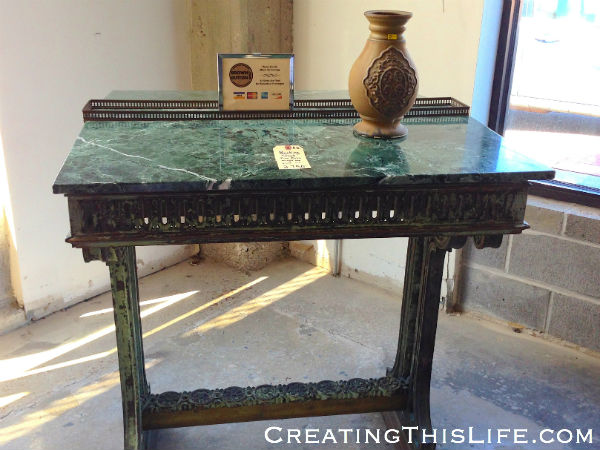 But we were there for the art and we circled around several times looking at all the different pieces. I found a few I liked, but some had damage to the frames and a couple more were bought by other people while we were still deciding. 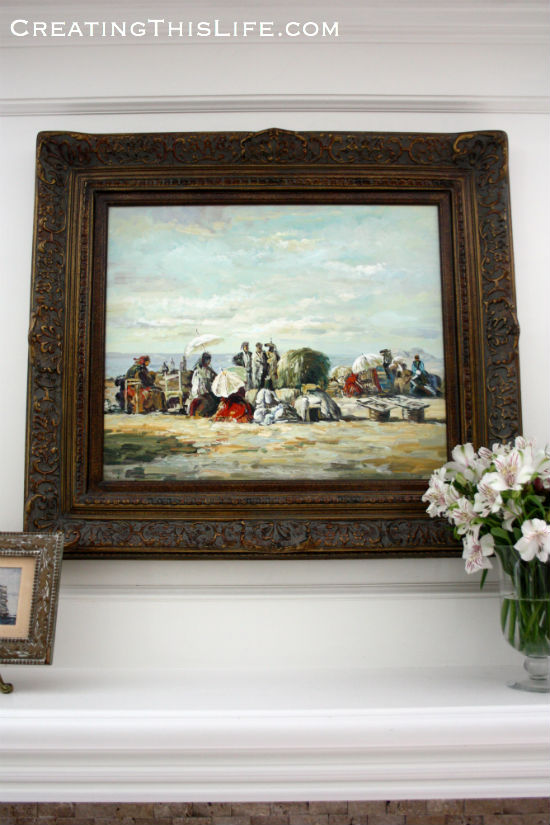 Finally, I decided on this piece, which seemed to be a beach scene. 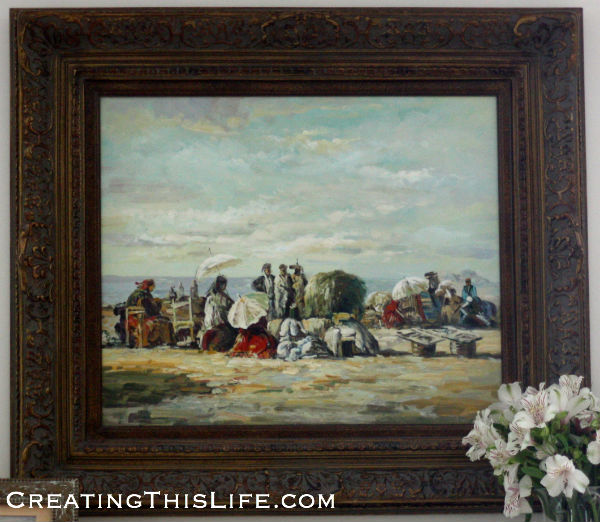 A closer look, though, and you notice that those are camels in the picture. A desert scene maybe? 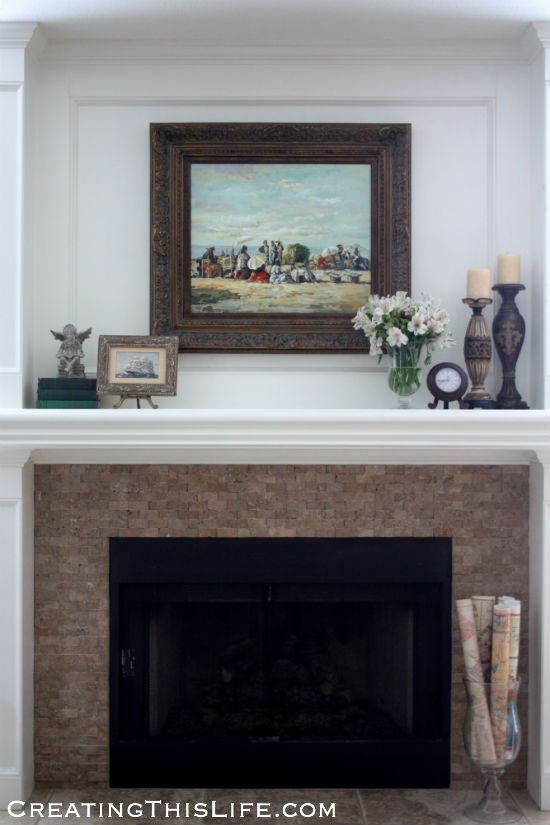 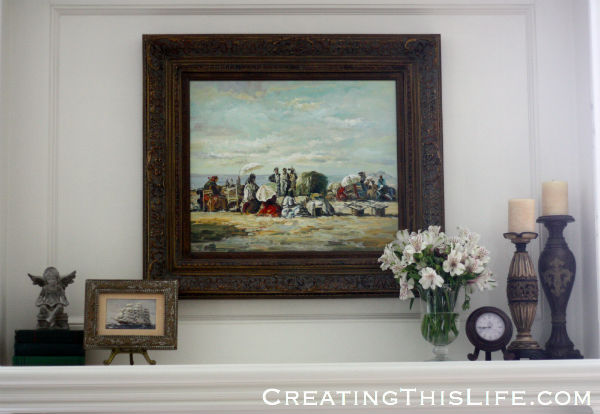 Afterwards we headed to The Cashew to grab lunch and watch the second half of the Chiefs game. The. Chiefs lost badly. It was a better day for art than it was for football.